Govinda, Shakti Kapoor And Kapil Sharma Together. Can You Handle this? 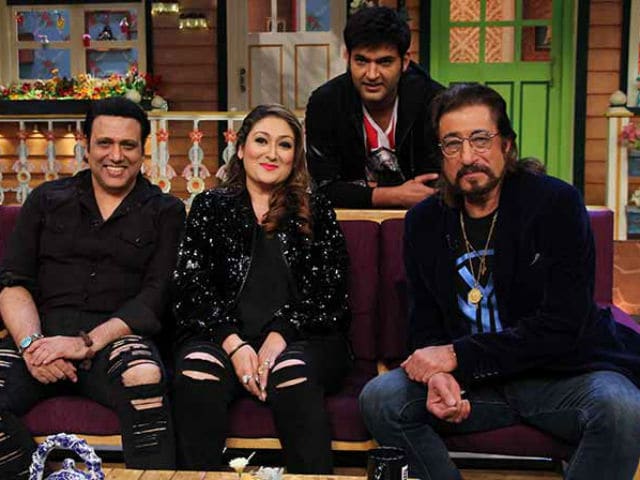 New Delhi: Actor Govinda and his colleague and friend Shakti Kapoor recently made a stop by The Kapil Sharma Showand the episode was nothing short of a laugh riot. Govinda, who has co-starred with Shakti Kapoor in over 40 movies, was also accompanied by his wife Sunita Ahuja on the comedy show. Govinda was on Kapil Sharma's show to promote his upcoming movie Aa Gaya Hero, which releases this Friday. Meanwhile, Shakti Kapoor was reportedly shooting nearby and decided to pay a visit to the show to meet his friend. Govinda and Shakti Kapoor's antics were taken a notch higher on The Kapil Sharma Show with the show's cast contributing to the fun. The 53-year-old actor and his wife were colour coordinated in their appearance The couple were spotted wearing black distressed denims teamed with black tees. Govinda and Shakti Kapoor are co-stars of films like Raja Babu, Hero No.1, Coolie No.1 and Rajaji. 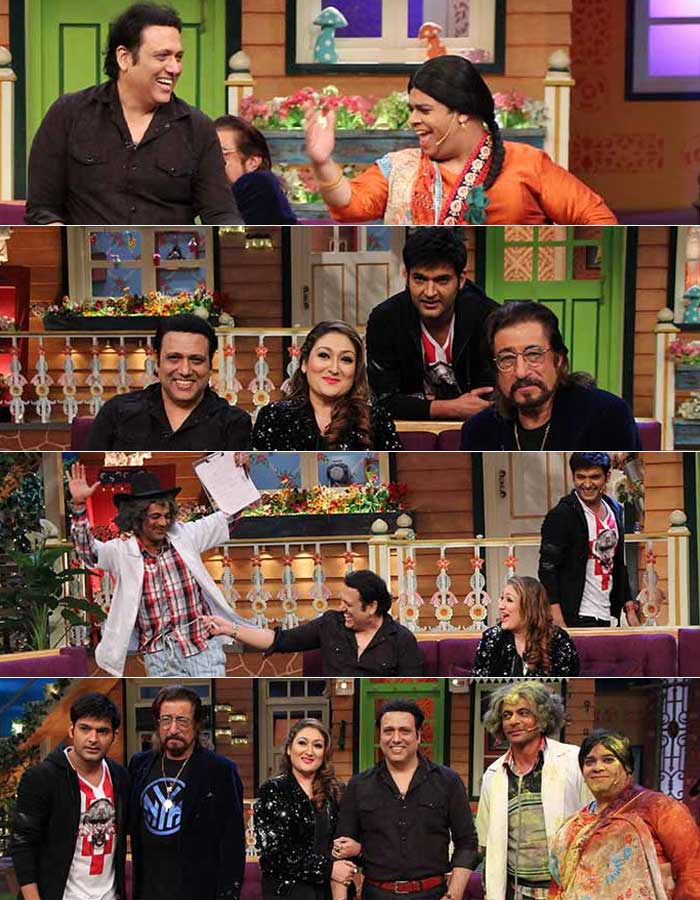 Govinda and Shakti Kapoor at The Kapil Sharma Show

Preeti Simoes, the creative director of The Kapil Sharma Show, tweeted several interesting moments from the show. She posted some clips from the shooting, in one of which members of the audience can be seen tying rakhi on Shakti Kapoor's wrist. In another clip, The Kapil Sharma Show's most-loved characters Dr Mashoor Gulati and Bumper, played by Kiku Sharda and Sunil Grover respectively, can be seen making the stars roll on the floor laughing.

Promoted
Listen to the latest songs, only on JioSaavn.com
Here's what Preeti Simoes tweeted:

This is not the first time that Govinda has appeared on Kapil Sharma's show. He was on the show in June last year, when he was joined by his wife and daughter Tina Ahuja. Govinda's new filmAa Gaya Hero, also starring Ashutosh Rana, is an action flick directed by Dipankar Senapati and will release on February 24.