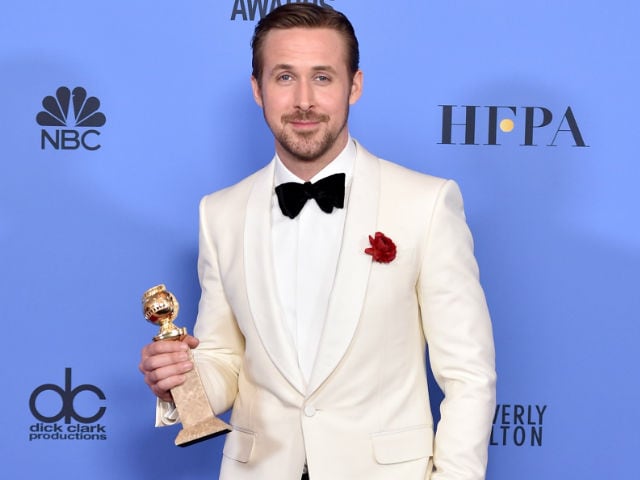 New Delhi: Meryl Streep's speech wasn't the only one which stole hearts at the 74th Golden Awards which took place in Los Angeles on Sunday night (early morning in India). Ryan Gosling won Best Actor - Musical/Comedy award for La La Land and dedicated his award to his partner Eva Mendes. Ryan, 36, gave an emotional speech in which he gave credit to his Eva, who was then pregnant with couple's second child, for raising their daughter, Esmeralda Amada, and simultaneously taking care of her brother, Juan Carlos Mendes, who died in April after battling cancer. "You don't get to be up here without standing on the shoulders of a mountain. While I was singing and dancing and playing piano, and having one of the best experiences I've ever had on a film, my lady was raising our daughter, pregnant with our second and trying to help her brother with his battle with cancer," said Ryan Gosling.

"If she hadn't have taken all that on so that I could have this experience, it would surely be someone else up here other than me today. So sweetheart, thank you," he added. Eva did not attend the show with Ryan and instead stayed home with their two children - daughter Esmeralda Amada, 2, and Amada Lee, 8 months.

Congrats to @RyanGosling, who won #GoldenGlobes Best Performance by an Actor in a Motion Picture - Musical or Comedy! pic.twitter.com/KQUy719r5P

Directed by Damien Chazelle, La La Land is a musical with Gosling playing Sebastian, an idealistic jazz pianist who falls head over heels for an actress named Mia (played by Emma Stone).

La La Land dominated the Golden Globes Awards with a total of seven wins including a Best Director and Screenplay trophy for Damien Chazelle and Best Actress Comedy/Musical for Emma Stone. La La Land displaced One Flew Over The Cuckoo's Nest, which won six prizes, to become the most awarded film in Globes history.

Promoted
Listen to the latest songs, only on JioSaavn.com
The awards event was hosted by Jimmy Fallon and was held at the The Beverly Hilton in California.