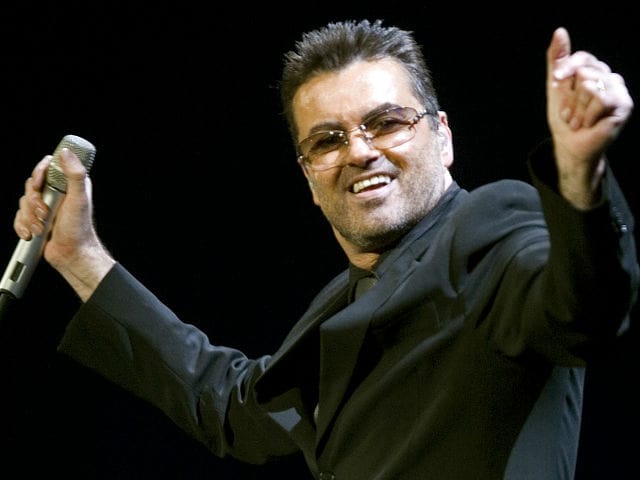 New Delhi: British pop star George Michael, died at his home near London on Sunday aged 53. The Last Christmas hitmaker's publicist said in a statement: "It is with great sadness that we can confirm our beloved son, brother and friend George passed away peacefully at home over the Christmas period." Celebrities flooded Twitter with tributes for the two-time Grammy Award winning musician. Andrew Ridgeley, the second half of George Michael's band Wham! was heartbroken. George Michael was best known for his 1980s hits Last Christmas, Freedom, Careless Whisper and Wake Me Up Before You Go Go. He's won various awards over a career spanning three decades. His last album Symphonica topped the charts in 2014.

Heartbroken at the loss of my beloved friend Yog. Me, his loved ones, his friends, the world of music, the world at large. 4ever loved. A xx https://t.co/OlGTm4D9O6

"Farewell my Friend! Another Great Artist leaves us," Madonna wrote in a post on Instagram accompanied by a video of her presenting Michael with an award.

Elton John also published a picture of himself with Mr Michael:

I am in deep shock. I have lost a beloved friend - the kindest, most generous soul and a brilliant artist. My heart goes out to his family, friends and all of his fans. @GeorgeMichael #RIP

In the United States, Recording Academy president Neil Portnow said he was "deeply saddened" by the loss. "During an influential career that spanned nearly four decades, George became one of the most beloved pop craftsmen and respected entertainers," said Mr Portnow, whose organisation awards the Grammies. "From the enormous success he achieved with pop duo Wham! to his influential solo career, his extraordinary talent had a profound impact on countless entertainers worldwide, and his creative contributions will live on forever," he said.

RIP George Michael. I can't believe it. Such an incredible singer and a lovely human being, far too young to leave us #georgemichael

You have given the #world an amazing gift! What a #talent! What a #loss! We will continue to love you! #RIP George Michael! pic.twitter.com/plb7KjXOaP

Duran Duran, who were 1980s contemporaries of Wham!, said on Twitter:

2016 - loss of another talented soul. All our love and sympathy to @GeorgeMichael's family. pic.twitter.com/3h4xqEDXR9

Spandau Ballet, a British band which formed in the late 1970s, wrote:

We are incredibly sad at the passing of our dear friend George Michael. A brilliant artist & great songwriter. Spandau Ballet / Steve Dagger

Tributes came in from outside the music world too:

I just heard about my friend @GeorgeMichael's death. He was such a brilliant talent. I'm so sad.

So sorry to hear about George Michael's passing. Brilliant icon. "Kissing a Fool" one of my all time favs. Strength & light to his family.

George Michael was a kind and gentle soul. #Wham

This Christmas is beautiful yet sad as I remember @GeorgeMichael and his amazing talent and the beauty he created with songs.

Rest with the glittering stars, George Michael. You've found your Freedom, your Faith. It was your Last Christmas, and we shall miss you.

I've loved George Michael for as long as I can remember. He was an absolute inspiration. Always ahead of his time.

Promoted
Listen to the latest songs, only on JioSaavn.com
George Michael was due to release a documentary in 2017. For the longest time he lived outside the public glare and made news only for some drug related incident.