Gene Deitch's animated short Munro wont the Best Animated Short Film Oscar in 1961, the first of its kind created outside US to win an Oscar. 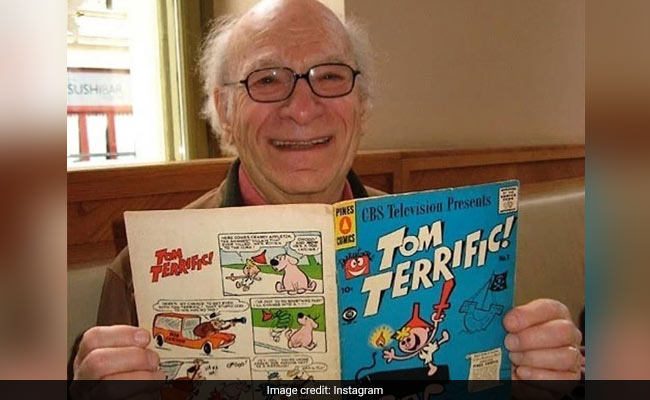 Oscar-winning illustrator and animation filmmaker Gene Deitch, best known for directing popular cartoon shows Tom And Jerry and Popeye for television, died on Thursday last week. He was 95. As reported by international tabloids, Gene Deitch died in his apartment in Prague's Little Quarter on Thursday night. The last Facebook post shared by Gene Deitch on April 11 was about the coronavirus but Cartoon Brew cited a family friend and neighbour to report that his death wasn't related to coronavirus. Gene Deitch directed 13 episodes of Tom And Jerry for MGM between 1961 to 1962 and also directed a few episodes of Popeye for King Features between 1960 and 1963. His animated short Munro wont the Best Animated Short Film Oscar in 1961, the first of its kind created outside US to win an Oscar. Gene Deitch is also critically acclaimed for directing animated feature Alice of Wonderland In Paris. Gene Deitch was honoured with the Winsor McCay Award in 2003 for his contribution to animation.

Meanwhile, tributes have poured in on Twitter from those who grew up watching the iconic cartoon shows. The general sentiment on Twitter was: "We love you for making this cartoon," read a tweet while another added: "Thank you for making our childhood awesome". Another user tweeted: "Thank you for giving us such memorable cartoons which can't be erased so easily from our hearts."

We love you for making this cartoon.
RIP Gene Deitch (1924-2020)#TomandJerry#Corona#coronabangsatpic.twitter.com/mJeVumOPa8

Rip #GeneDeitch Thank you for making our childhood awesome #tomandjerrypic.twitter.com/5a2IVAC4zA

Rest in peace #GeneDeitch#TomandJerry, you made me and my brother quarrel like Tom and Jerry and be friends at the end of the day... pic.twitter.com/wQL9EqwO1y

Thanks for the stories. pic.twitter.com/pQBZIYoU0X

#TomandJerry and #popeye director is no more. RIP sir and thank you for giving us such memorable cartoons which can't be erased so easily from our hearts! pic.twitter.com/iYAKIMKu3B

this really hurt I still love Tom and Jerry to this day RIP Gene Deitch (1924-2020) pic.twitter.com/OSFaxOaOxz

Creator of Tom and Jerry, Popeye and Munro dies at the age of 95.
RIP #GeneDeitch You made a our childhood fun. Thank You. pic.twitter.com/KpCy1hVFwP

The person who made our childhood awesome may his soul rest in peace #GeneDeitch#TomandJerrypic.twitter.com/WYyEO9FNpO

Gene Deitch is survived by his wife and sons, all of who illustrators and cartoonists.