"After you finish writing it and read it in a stretch, you have to be scared," said Ashwin Saravanan 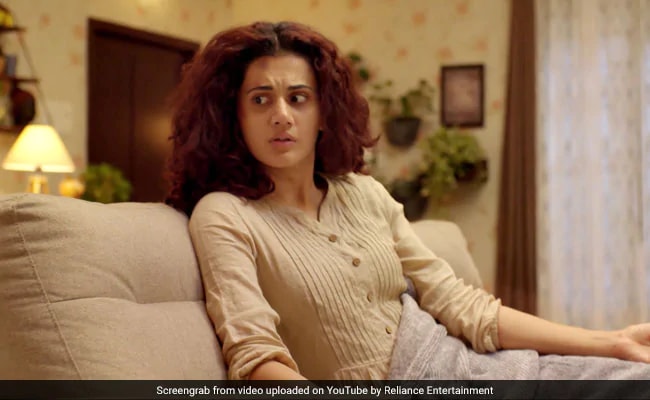 Taapsee Pannu in a still from Game Over trailer (courtesy YouTube)

Director Ashwin Saravanan says he went through several films in the home-invasion genre before writing Game Over, which features Taapsee Pannu as a wheelchair-bound woman struggling to survive an attack. Ashwin said he did not want to make a film that had nothing to add to the genre so he watched films such as Don't Breathe, You Are Next, and parts of Hush, which gave him the idea about tackling the story.

"I was intrigued by the idea that the woman was not able to speak or hear. That made the home invasion terrifying, because even if the killer sneaks behind, she won't be able to hear it. I thought what physical aspect in a home invasion thriller can be tapped into to make it edgier and terrifying," Ashwin told PTI.

"I thought what if she can't run and is trapped in a wheelchair. That's when I thought we had something. This can tap into the physicality of it. I thought something like this will be new to the genre," he added.

The starting image, for Ashwin, was of a woman with fractured legs on a wheelchair, who can't run or hide and someone is trying to break in. "That was the starting image. What would you do if you cannot even run? That was a dramatic question. In our pursuit of an answer, we cracked the theme of the film."

The director said while making a home invasion thriller, one has to keep in mind several dos and don'ts, starting with the obvious rule: Don't be boring. Don't stick to what has been done before, always find something to surprise. You should respect the genre, for what has been done before. Don't feel like 'I am better than this, I can make a better film.' "Once you disrespect the genre, you are going nowhere. You have to respect it enough to add something to it. People have done better stuff before so you need to have an understanding about it."

Ashwin collaborated with Kaavya Ramkumar - a doctor by profession who got into screenwriting a couple of years ago - to stitch together a compelling story around the image. "We wrote it together in four months. It was a short film to write, with no fluff, just plain old storytelling."

When asked whether a writer feels scared while writing a story like this, he said "Not during writing, but after you finish it and read it in a stretch, you have to be scared, feel the emotions you are going for, even though you have created it. If you feel something, it is reassuring. "The reaction comes when you are writing. When you read it, you immediately start feeling uneasy, little restless. I write at night, so it worked for the film."