Game of Thrones: What Happened to Ramsay Bolton and How we Feel About it 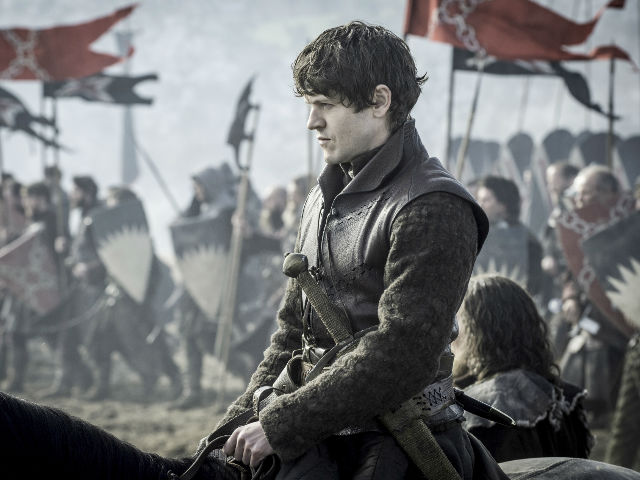 Washington: Finally, finally, the reigning villain on Game of Thrones has met his end. We knew it had to happen eventually.

All of the sickest sickos on the show die at some point, and now Ramsay Bolton has joined his pops, Roose, not to mention Joffrey, the Tickler, Meryn Trant, that creepy Lyssa Arryn and Myranda in the Seventh Circle of Hell - or the Seven Kingdoms equivalent.

Of course, his demise will only make way for another heartless sadist. (Oh, hello, Euron.) But for now we can bask in the satisfying way Ramsay left this world.

Was there a better way for him to go? It's hard to imagine. His death was fitting for so many reasons. Here are a few:

Jon Snow got His revenge

Ramsay really got to Jon. It seemed like the former Lord Commander had the upper hand after he challenged the Warden of the North to fight this out "the old way" and Ramsay demurred. But that was before Ramsay set Rickon free just so he could shoot the boy through the heart with an arrow right in front of Jon.

When the battle finally got going, Jon was in the thick of it, risking his life, while Ramsay watched from afar. It seemed for a moment like that strategy might work. Once the Knights of the Vale showed up, Ramsay had a head start back to Winterfell, where he could have hidden for a long while, if only Jon Snow didn't have a Giant in his army to decimate the door. (RIP Wun Wun.) This is why lords have moats.

Ramsay made a few futile attempts to shoot Jon with an arrow. Lord Bolton probably should have caught Snow off-guard rather than wasting his ammo on a dying Wun Wun. Instead, Jon charged Ramsay, knocked him down, then pummeled him with a flurry of punches to the face. Jon could have killed Ramsay, and he nearly did. But then he looked up and saw Sansa, and he thought either (a) he shouldn't do this in front of a lady or (b) this lady should really be the one to do this.

Either way, it was glorious to see Jon get a few punches in. It was just as magnificent to see Ramsay incapacitated.

Sansa got to have the final word

This is Sansa's season. After viewers have watched Ned Stark's daughter suffer one nightmarish indignity after another, it was only right that she finally got some agency. Did she ever. She's proved herself to be incredibly strategic, saving the day by summoning Littlefinger and his friends.

When the time came, she chose to bid adieu to her rapist husband. She went to visit him in the dungeon where he was being held, all tied up and powerless. And - from the looks of it - she even got to choose the way he would die.

... but she didn't have to get her hands dirty

What does it say about this show that it makes a watcher pine to see a young lady plunge a sword through a man's heart? That would have been a good way for Sansa to kill Ramsay. Better yet, she could have flayed his, well, you know.

But there was something even more gratifying about seeing her set his death in motion without having to lift a finger. She's not the monster, after all. She didn't have to sink to his level. Instead she got to walk away while the dogs did the dirty work.

Ramsay has done countless terrible things to too many innocent people. It was only right for him to go out in a grisly way. And while the show didn't explicitly show everything, the moment where one of his dogs bit into his face was plenty to get the point across. He suffered. Mission accomplished.

He was undone by his own monstrosity

Sansa turned Ramsay's own dogs against him, and it was perfect. To the end, he didn't think they would disobey him. After all, he was their master. But then Sansa reminded him that he hadn't fed them in days. Because of his sick and controlling ways, because of his torture, his dogs were starving and desperate.

The hounds Ramsay used to murder his stepmother and his half-brother, and who knows how many others, were the same ones to eat him alive.

In the end, even Ramsay would have to admit that his death by dog was economical. After all, like Myranda, he was "perfectly good meat."

On second thought, he was rotten to the core. But the hounds didn't seem to mind.