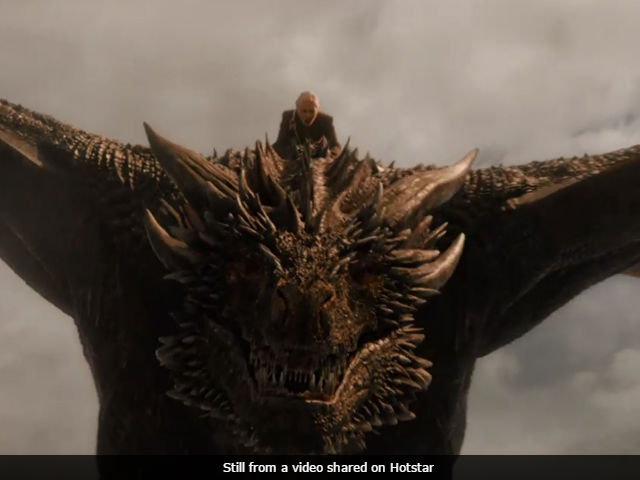 Game Of Thrones: A still from the episode The Spoils Of War. (Image courtesy: Hotstar)

New Delhi: Game Of Thrones hackers are back with a new damaging leak and a ransom note for HBO chief, reports WIRED. The script of the fifth episode of the ongoing season of Game Of Thrones, which will release next week, has been leaked on social media. The hackers, who had earlier leaked the fourth episode of the show a few days before the scheduled telecast date, have apparently sent the makers of the show evidence of stolen data they've threatened to make public unless they are given a sum of money, stated a report in WIRED. The hackers wrote in the alleged ransom note, "HBO spends 12 million for market research and 5 million for GOT 7 advertisements. So consider us another budget for your advertisements," reports WIRED. The hackers reportedly possess unseen data of Game Of Thrones in addition to other HBO shows like Room 104, Insecure season 2 and Curb Your Enthusiasm.

"Our demand is clear and non-negotiable. We want XXXX dollars to stop leaking your data," read the said letter, which was signed off with the picture of the Night King (Game Of Thrones' supreme villain). The hackers reportedly have documents such as financial balance sheets, employment agreements and marketing-strategy PDFs with "HBO is Falling" embossed on it, reports WIRED. They've shared a sample of the stolen data with HBO chief Richard Plepler. "Leakage will be your worst nightmare. So make a wise decision," the alleged note read, reports WIRED.

Of the latest leak, HBO spokesperson Jeff Cusson told WIRED that they were expecting more data to be leaked and added that a "forensic review is ongoing." He said: "The review to date has not given us a reason to believe that our email system as a whole has been compromised. We continue to work around the clock with outside cybersecurity firms and law enforcement to resolve the incident."

Promoted
Listen to the latest songs, only on JioSaavn.com
"It's a game for us. Money isn't our main purpose. We don't want to endanger HBO's situation nor cause it to lose its reputation. We want to be your partner in a tiny part of HBO's huge income," the hackers added in the alleged ransom note, reports WIRED.

A new episode Game Of Thrones 7 airs every Sunday evening in USA and on Tuesday evening in India. The show's latest episodes are available on Hotstar India (to premium customers) on Monday morning at 7.30 am.