Game Of Thrones 8 Episode 6 Recap: And So It Ends (Spoiler Alert)

Game Of Thrones 8 Episode 6: The finale is the ultimate closure (Spoiler Alert) 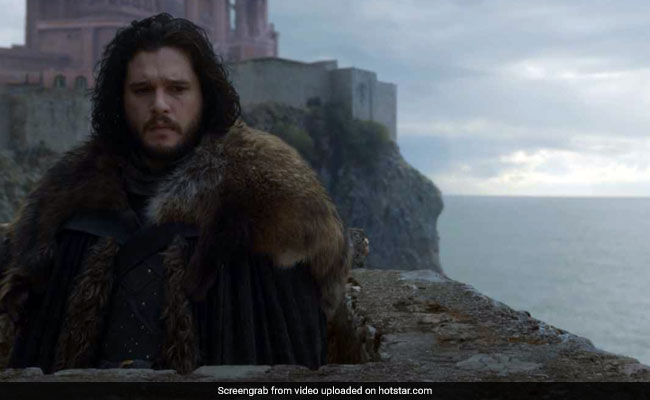 Game Of Thrones 8 Episode 6: A still from the show (courtesy HotStar)

Their watch has ended and we predict the jury is going to be out on the grand Game Of Thrones finale for, probably, ever. After last week's episode ended on a Dracarys note with Daenerys Targaryen turning into the ‘mad queen' and torching King's Landing,there was pretty much only one way things would go for the Mother Of Dragons – south. All bets were on Arya Stark doing Dany in but that dubious honour fell elsewhere. The episode begins with Tyrion Lannister embarking on a solo tour of what's left of King's Landing even though Jon Snow says, “It's not safe.” Tyrion heads straight for the Red Keep and makes his way down to the tunnels only to find twins Jamie and Cersei Lannister buried under the debris of the castle. Tyrion Lannister breaks down as the scene puts all speculation about Jamie and Cersei still being alive to rest.

Meanwhile, Grey Worm is slaughtering prisoners of the war, saying he's simply following the queen's orders and shares a tense moment with Jon Snow, who then decides to confront Daenerys. Arya Stark, who was last spotted riding around King's Landing on a white horse, spies her brother (not really her brother at all) making his way through to the queen amidst a crowd of cheering Dothrakis and lined up Unsullied, only to hear Daenerys declare herself as the Queen of the Seven Kingdoms and say: “We will not lay down our spears until we've liberated all the people of the world. From Winterfell to Dorne, from Lannisport to Qarth, from the Summer Isles to the Jade Sea.” As Daenerys accuses Tyrion of treason, he resigns as the Hand Of The Queen out of grief for his dead brother and the loss of so many innocent lives – he is escorted away by the queen's men.

Jon is happy-surprised to see Arya in King's Landing – the two have a quick chat with Arya saying Daenerys will always see him as a threat: “I know a killer when I see one.” She also said Sansa and the North will never accept Daenerys as the queen.

Jon Snow visits Tyrion and the two have a lengthy conversation in the prisoner chambers over Daenerys' worth as a true ruler. Tyrion tries to convince Jon that she's on a killing spree and will burn down everything on her way, even Jon and his sisters (not really his sisters at all), but Jon Snow keeps saying, “she's our queen” – pretty much the only line of dialogue he's been given this season -as a haunting reminder of what's to come. The conversation ends with Tyrion reminding Jon that he has the power to decide who sits on the Iron Throne.

Next up, Jon visits Dany and then happens the unexpected. He tries to convince Daenerys to spare all the bloodshed she's planning but she asks Jon to be her side and says: “They don't get to choose.” As they lean in for a kiss, comes the major twist of the finale – Jon Snow drives a dagger through her and she bleeds to death. As Jon sheds tears over Dany's corpse, Drogon mourns and fumes at Jon Snow and misses him by inches as he billows fire in anger – the dragon fire symbolically destroys the Iron Throne, which was built with 1,000 swords from Aegon Targaryen's fallen enemies.

The scene shifts to a council of sorts and in attendance are Sansa Stark, Arya Stark, Bran Stark, Yara Greyjoy, Ser Davos, Ser Brienne Of Tarth, Gendry, Samwell Tarly and others. With Daenerys dead and Jon Snow a prisoner, Tyrion Lannister suggests that Bran Stark, the Three-Eyed Raven, become the new king. And he is indeed elected the new king – the ruler of six realms – as Sansa Stark makes it clear that the North will be free, like it has been for a 1,000 years. Bran chooses Tyrion as his hand and decides to send Jon Snow to the Night's Watch.

As Jon Snow bids an emotional goodbye to the Stark siblings, Arya says she's heading west of Westeros where the maps stop. Meanwhile, Ser Brienne of Tarth literally fills up the pages of history with the heroic deeds of Ser Jamie Lannister. George RR Martin's book The Song Of Ice And Fire finds a reference in the new king's new counsel.

While there's no word on Drogon yet, who was last seen flying away with Daenerys' corpse, Jon reunites with his direwolf Ghost and leads a pack of wildlings in the forests beyond the Wall in a new quest. Game Of Thrones ends with Sansa Stark being hailed as “The queen in the North” and Arya Stark's ship raging through the roaring seas.