Game Of Thrones 7: None Of The Deaths (Except Daenerys' Dragon) Were Shocking

Season seven of Game Of Thrones is unique because of the characters who died. None of the deaths - except that of one fantastical beast - really made much of an impact. They were utilitarian deaths, designed either to clean house or move the plot forward 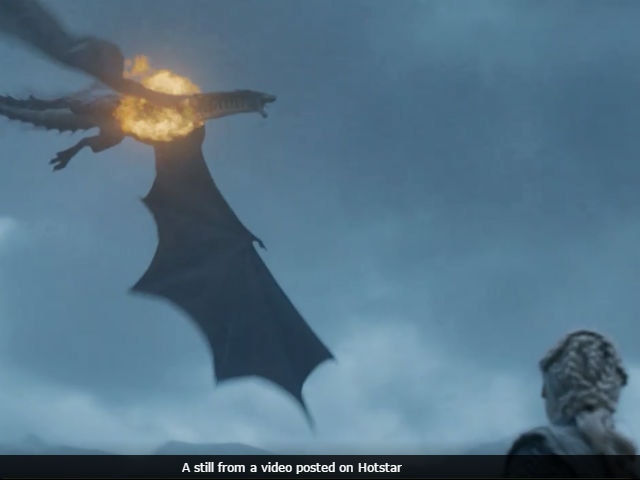 A still from Game Of Thrones (Image courtesy: Hotstar )

Washington: The deaths on Game of Thrones tend to throw audiences for a loop. No casualty was as shocking as the first-season execution of Ned Stark, which put the series in a class by itself as a show unafraid to immediately kill off (what appeared to be) the main protagonist. But there have been a lot of jaw-dropping murders since then, too, from the Red Wedding to last season's wildfire bloodbath in King's Landing.

This season, which has been different from past ones in so many ways, is also unique because of the characters who died. None of the deaths - except that of one fantastical beast - really made much of an impact. They were utilitarian deaths, designed either to clean house or move the plot forward.

Historically, the fatalities on Game of Thrones fall roughly into one of three categories: the ones that pack an emotional wallop, the ones that move the story forward and the ones that are so undeniably satisfying that they turn viewers into bloodthirsty monsters.

Admit it: You gave a little cheer when Joffrey turned purple, when Arya stabbed Meryn Trant in the eyes and when Ramsay's dogs turned him into puppy chow.

But the deaths that made Game of Thrones so novel were the unthinkable ones: Shireen being burned at the stake and Ygritte dying in Jon Snow's arms; Hodor sacrificing himself and a pregnant Talisa Stark getting stabbed in the belly. Beloved characters were never safe to the point where sweet, heartfelt conversations became harbingers of doom. Just look at what happened to Barristan Selmy, Myrcella Baratheon and Oberyn Martell.

Season six saw massive casualties, thanks to Cersei's wildfire attack, the Battle of the Bastards and Jon Snow's execution of the Night's Watch mutineers. So maybe it was best for the show to pace itself this season. (It was arguably the only way the show paced itself.)

This year we lost Elia Sand and the Sand Snakes, but no one's mourning them. Olenna Tyrell's quick tongue was finally silenced, but considering (a) she was pretty elderly and (b) she hadn't been around much recently, that didn't shake us to our core. Randyll and Dickon Tarly were goners, but that served only to prove Daenerys can be pretty vengeful. Littlefinger smirked his last smirk and it couldn't have happened to a nicer guy. And Thoros of Myr is nothing but ashes, but he was notable only because he had the power to resurrect the dead (or maybe just one dead).

Though there's some question about whether or not Tormund and Beric made it out of Eastwatch alive, we're going to assume that, since we didn't see a death, they are still with us. (Or maybe they perished, but we'll see them again in the Army of the Dead.)

That leaves one major fatality: Viserion. On one hand, it was a stunning series of scenes, the way the Night King took out Daenerys' dragon with an ice spear, then resurrected him. On the other, most viewers didn't even know which dragon had died (other than not-Drogon), which means it may have been shocking but it wasn't that moving. And Viserion isn't even technically a goner since he's still causing mayhem.

Season two was also relatively light on victims. Renly Baratheon was the only major player to die that year, but the secondary casualties made an impression. Matthos Seaworth's death during the Battle of the Blackwater left Ser Davos childless and Qhorin Halfhand cared so much about the Night's Watch, he sacrificed himself so Jon Snow could spy on the wildlings. Rickon and Bran also lost their surrogate father Maester Luwin.

One thing you can still say for the show: It keeps us guessing. Season One primed us to say goodbye to the best characters. Now we're so prepared to lose more that we're surprised when we don't. Then again, there's still one season left. There may be no greater follow-through from Season One's promise than the Night King being victorious.