Gali Guleiyan Movie Review: Watch this intense character study for the joy of witnessing a lead actor getting into the skin of a fettered man. 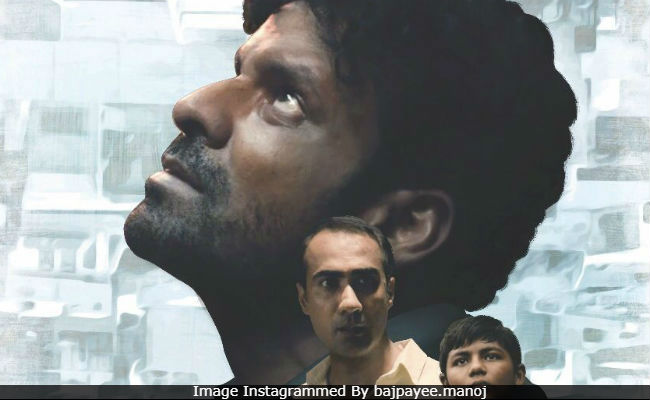 As Gali Guleiyan opens, Khuddoos, the film's painfully saturnine protagonist, is holed up in a dingy, dank, messy room and glued to TV screens flashing images from the alleyways below. Ganeshi, who as we quickly figure out is this man's only friend, arrives with provisions. Khuddoos has been incommunicado for days. Ganeshi berates him for not taking his phone calls. The latter, completely blank and distracted, shows no emotions. This one introductory sequence is all it takes for the film to establish Khuddoos' state of mind. Words are used sparingly and every moment and gesture is made to count.

Debutant writer-director Dipesh Jain sticks to this austere, probing style all through Gali Guleiyan, a disturbing exploration of trauma, fading memory, and life-damning truths blown away by the ravages of time and destiny. He is aided in his approach by an actor who, having internalized Khuddoos' anguish, does not need dialogues to convey the severity of the character's inner turmoil.

Khuddoos is a far cry from Bollywood's average 'insane' man. He does not rave and rant or mutter under his breath or bang his head against the wall. He is a scalded soul bereft of any sense of time and direction. He has withdrawn into an impenetrable shell. No matter how hard he tries, he cannot escape the labyrinth that is his mind.

When his estranged younger brother (Ashwath Bhatt) drops by for the first time in 23 years looking for an expensive heirloom, he learns that their mother expired a few years ago in the Greater Kailash home of her garment exporter-son. The film cuts to Khuddoos stopping an auto-rickshaw and enquiring from the driver where GK exactly is. He asks: "Door hai kya (is it far)?" He is that clueless - and that hopelessly shackled to his roots.

The chaotic, maze-like alleyways of Old Delhi mirror the recesses of the mind of this lonesome man grappling with his inner demons while desperately searching for a schoolboy who may be in grave danger from his abusive, violent father. Does this troubled, mumbling man have it in him to escape from his dark abyss and save someone else who is in dire need of a rescue act?

An intense, revealing character study, Gali Guleiyan is not so much about the 'mystery' surrounding a specific quest as about the inward - even wayward - journey of an individual desperately seeking the human connections that he is no longer able to make. Redemption can only be a chimera for this man on a downward spiral.

The vivid, physical dimensions of the setting - Old Delhi has rarely ever been captured this tangibly - in which the understated drama pans out and the ineffable proportions of the protagonist's emotional and mental distress are, of course, markedly different. The writer-director and his team of technicians - cinematographer Kai Miedendorp, editor Chris Witt and sound designer Bob Kellough are all US-based - display wonderful craftsmanship in mining every ounce of force from an intense, grim and unrelentingly downbeat story and then imparting multiple layers to it.

Gali Guleiyan is propelled by an astounding pivotal performance from Manoj Bajpayee. He digs deep into his histrionic reserves - as also the character's complex psyche - to emerge with a deeply empathetic and profoundly moving portrait of a man at odds with himself and the world around him. The actor's eyes, facial twitches and body language do all the talking as he articulates a subliminal interplay between unsettling memories and inchoate hopes.

Khuddoos lives all alone in a crumbling house from where he keeps an eye on his neighbours and their transgressions with the help of a rudimentary CCTV system. One day, with his ears to a wall in a room that he has unlocked after many years, the loner hears the sounds of a boy being beaten mercilessly.

Alarmed and infuriated, he decides that he must find the victim and help him escape his ordeal. "I need more cameras," Khuddoos says to Ganeshi (Ranvir Shorey). You've gone bonkers, the latter snaps. But Khuddoos is determined to do all it takes to get to the boy and pull him out of the hell hole. The boy, Idris (Om Singh), is at the heart of another story. It runs parallel to Khuddoos'. He, too, revels in peeping into people's homes, in the process of which he inevitably stumbles upon shocking truths. His father, a meat-seller, is prone to bursts of ugly violence. Idris' mother Saira (Shahana Goswami), with an infant in her arms and pregnant yet again, is the only source of solace for Idris.

For Idris and his mother, the cramped Old Delhi home is a trap. Their lives are steeped in darkness and not a ray of genuine happiness is in sight. The only bright moments in Idris' day are when he is with his pal Ginny (Arbaaz Khan) and with his mother discussing the impending birth of another sibling and thinking up male baby names. She asks: How are you so sure it will be a boy? I am, he replies. His mother is the only feminine presence in Idris' life and the boy is probably incapable of, or ill at ease with, imagining that a sister might be on the way.

Cutting back and forth between the two stories, Jain, working from his own screenplay, crafts a sharply chiselled film seasoned with melancholic silences that speak a thousand words. For a film that is a little under two hours long and is marked by deliberate pacing, Gali Guleiyan is taut and engaging.

The film is enriched immensely by the quality of the supporting cast. Neeraj Kabi, Shahana Goswami, Ranvir Shorey and child actor Om Singh merge imperceptibly with the milieu. Kabi is a fantastic actor - he needs no major gestural flourishes to drive home the nuances of his role. Goswami is brilliantly luminous, providing the beatific flashes in a depressingly dehumanized setting. And Om Singh, a product of Salaam Balak Trust, is an absolute natural.

Gali Guleiyan is obviously not a conventional entertainer. Just as well. The film stands out because of the balance it attains in depicting a man sinking steadily into incoherence and yet clinging to his humanity. If for nothing else, watch Gali Guleiyan for the joy of witnessing a lead actor in full flight getting into the skin of a completely fettered man. It's a master class of rare resplendence.