From Salman, an Adorable Picture of the Youngest Member of Khandaan 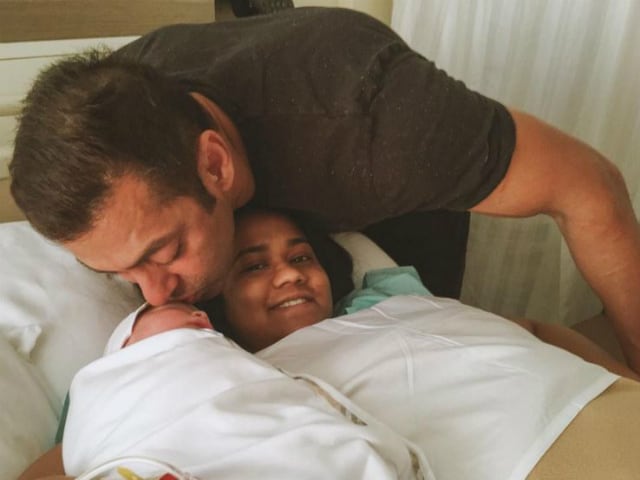 New Delhi: Salman Khan, who turned mamu once again with sister Arpita and Aayush Sharma's baby boy joining the Khandaan in March, shared an adorable picture of one-month-old Ahil with his maternal grandmother Salma Khan on Facebook on Monday night.

Here's a look at nanha Ahil, resting on the lap of his nani:
The 50-year-old actor had posted another picture with baby Ahil in April:
On March 30, the day Ahil was born, Salman paid a visit to sister Arpita and her new born baby at the hospital. Aayush instagrammed a picture in which Salman was seen planting a kiss on his nephew's forehead while Arpita smiled at the camera:

Thank you all for the lovely wishes.

Meanwhile, Aayush kept his social media feed updated with pictures of the mother and son duo:

Salman is busy making Ali Abbas Zafar's Sultan, in which he plays the role of a Haryanvi wrestler. Sultan, which also stars Anushka Sharma, is scheduled to release on Eid this year.