Which show and film are you most excited for? 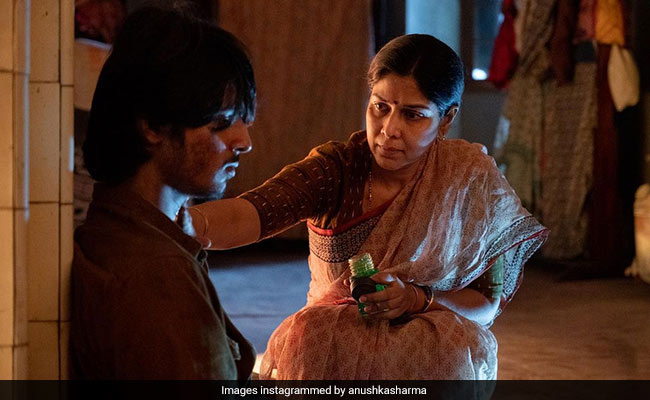 Sakshi Tanwar in a still from Mai. (courtesy anushkasharma)

Streaming giant Netflix has everything, and we mean everything on its menu - from drama to comedy, to TV shows and films that will be releasing this year. Phew! On Wednesday, Netflix announced 41 titles, an amalgamation of TV shows and web-series, while some are brand new, others are sequels to the popular ones. Anushka Sharma-produced show Mai, starring Sakshi Tanwar, will showcase the story of a 47-year-old wife-and-mother, "who finds herself accidentally sucked into a rabbit hole of violence and power." Meanwhile, Madhuri Dixit will star in Finding Anamika, which will be produced by Karan Johar's Dharmatic. Raveena Tandon will make her web-debut in Aranyak, in which she will play a cop.

Madhavan and Surveen Chawla will feature in Decoupled, a comedy about a couple on the verge of a divorce. Besides that, Feels Like Ishq, an anthology of seven stories and Ray, a reinterpretation of Satyajit Ray's stories will also release on the OTT platform. Yeh Kaali Kaali Ankhein will be a dark comical thriller, while the International Emmy award-winning Delhi Crime's season 2, starring Shefali Shah, will also hit the platform.

The other shows that will return include Imtiaz Ali's crime drama She, Jamtara - Sabka Number Ayega, Mismatched, Masaba Masaba 2 and Little Things. The list would have been incomplete without The Fabulous Lives of Bollywood Wives, so Maheep Kapoor, Neelam Kothari Soni, Seema Khan and Bhavana Pandey will return with a bang. The second rendition of TVF's Kota Factory, will also be releasing on Netflix.

The other 41 plus titles that Netflix has announced also include Bombay Begums, Crime Stories: India Detectives. Taapsee Pannu, Dhanush, Arjun Kapoor and other stars will also have Netflix releases this year. Comedian Kapil Sharma will make his digital debut with a special. Shows from stand-up comics Sumukhi Suresh, Aakash Gupta, Rahul Dua and Prashasti Singh will also be streaming in Netflix.

Which show and film are you most excited for? Let us know using the comments section below.