"This is the price you pay for speaking out against harassment, humiliation and injustice in India," Tanushree Dutta said 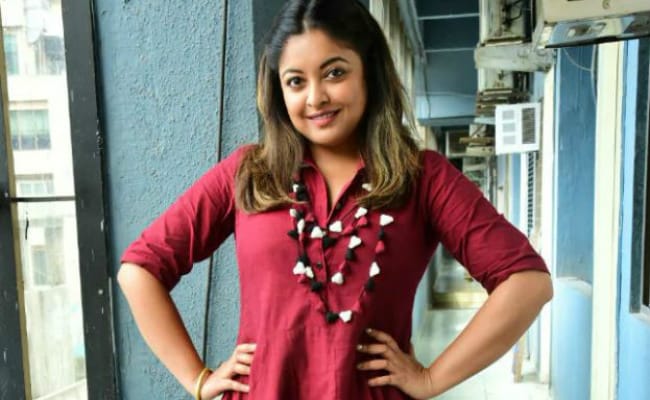 An Indian actress who alleges she was sexually harassed on two film sets said Thursday she had received legal notices and threats of violence over her claims. Former Miss Universe contestant Tanushree Dutta said she was sexually harassed by multi-award-winning Bollywood star Nana Patekar during the filming of the romantic comedy Horn Ok Pleassss in 2008. Dutta first made the allegations ten years ago after walking off the set. She repeated the claim during a recent interview, also alleging that filmmaker Vivek Agnihotri had behaved inappropriately towards her during the shooting of the 2005 movie Chocolate: Deep Dark Secrets.

Patekar and Agnihotri both deny the claims.

Dutta, 37, said in a statement released Thursday that said she had received legal notices from Patekar and Agnihotri.

"This is the price you pay for speaking out against harassment, humiliation and injustice in India," Dutta said.

Dutta claimed she had also received "violent threats" from the fringe, far-right Hindu nationalist group Maharashtra Navnirman Sena and was the victim of a "smear campaign" on social media.

"This is the age old saga of survivors in our nation," she said.

Agnihotri's lawyer said Dutta's allegations against the director were "absolutely false, frivolous and vexatious" and confirmed his client would sue the actress.

"We have served a legal notice to initiate defamation action against her," Nidhish Mehrotra said in a statement posted on Twitter by Agnihotri.

India has yet to witness its own version of the #MeToo movement that rocked Hollywood last year but Dutta has received the backing of several high-profile stars, including Priyanka Chopra, Farhan Akhtar and Sonam Kapoor.

This thread is very telling. @janiceseq85 was there at the time of the incident being debated today. Even when #TanushreeDutta had career concerns to keep quiet 10 years ago she did not & her story hasn't changed now. Her courage should be admired, not her intention questioned. https://t.co/Ola3MNdmtS

Other actresses have begun to speak out about an issue almost never discussed in Indian media.

Today, I interrupt my feed for a bit from all the fashion week poses to stand by what I truly Believe. I Believe Tanushree Dutta! I don't need to know her personally, neither have been present on that horrendous day she got bullied, abused both sexually and psychologically, intimidated and shut down inorder to corroborate her story. However, I do know what Truth, Hurt and Abuse sounds like. The same way millions of people in the world know that Dr. Christine Blasey- Ford is NOT a Liar or an attention seeking, tantrum throwing overgrown child. I add my voice to the other voices coming out in support of Tanushree's bravery because God knows this is not going to be easy for you, Tanushree. But what you have done is monumental and important and it has to shake the very core of a nation and an ideology that for too long has gotten away with heinous crimes against women and where the ugliness of misogyny has dominated the rights and suppressed any voice that has dared to speak up. Also, even if someone speaks up ( and in Tanushree's case- speaks up AGAIN) 10 years later, it doesn't dilute or nullify a factual, verified, double verified truth. Her story is not a carton of milk that expires after a few days, ready to be discarded. So trolls : please do what you do best but it is not going to change the Truth. India - Stand Up, Speak Up. Don't look to just your superstars to speak up. Be your own role models and follow the voice of your conscience. Follow the truth and stand by a woman's right to be her own wind keeper. You may just end up setting an example for many others who probably need your grit and courage to speak up. I SUPPORT TANUSHREE DUTTA.

In December, actress Swara Bhasker said she had been harassed by an unnamed director early in her career.

Some Indian actresses have said Bollywood needs to create an environment where victims can speak out without fear of being ostracised or trolled on social media.

Bhasker said the cliquey nature of Bollywood, where many of the leading stars and directors are either friends or related, made going public with allegations difficult.