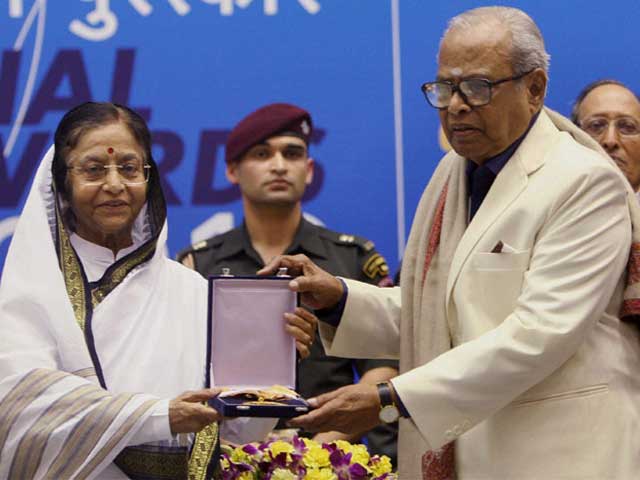 Well known Tamil filmmaker K Balachander was on Monday admitted to a private hospital following "fever" and some "age-related ailments".

"Veteran director K Balachander has developed certain age-related ailments over the past few days. He is being treated at our hospital now. At present he is stable and all necessary treatments are being given," director of medical services, Cauvery Hospital, said in a statement.

According to a source close to the family, Balachander, 84, "is recovering well to the treatment."

Known for introducing stars such as Kamal Haasan, Rajinikanth, Saritha and Prakash Raj, Balachander has over 150 films to his credit.

Promoted
Listen to the latest songs, only on JioSaavn.com
Some of his best films include Aval Ora Thodar Kathai, Apoorva Raagangal, Avargal, Varumayin Niram Sigappu and 47 Natkal.

A recipient of the Dada Saheb Phalke Award and the Padma Shri, Balachander has nine Filmfare awards to his credit.