The Filmfare Awards 2018 was held in Mumbai last night 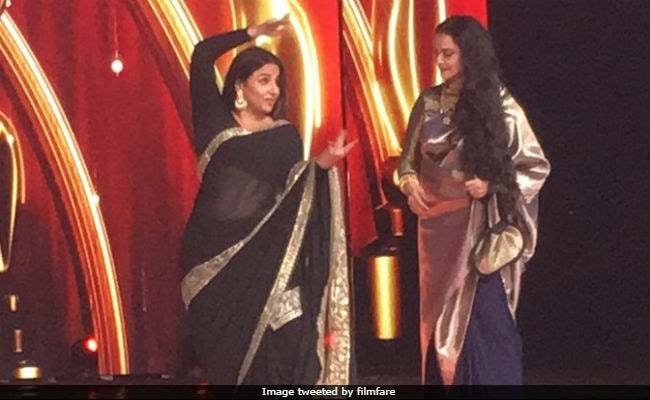 Take a look at the seven best moments from last night.

.@vidya_balan grooves to her song before receiving her award for Best Actor (Female) from #Rekha and the #JioFilmfareAwards. pic.twitter.com/Ua6YwCOqcZ

Miss World Manushi Chhillar dancing to the tunes of Bollywood

The key moment arrived when Miss World 2017 Manushi Chhillar found herself embroiled in banter between Ranveer Singh and Shah Rukh, who dispensed tips on how to make it in the industry. - Sunday Times #FilmfareAwards2018#RanveerSinghpic.twitter.com/qMIV2hV2GL

....and the moment of a lifetime

The Filmfare Awards 2018 was co-hosted by Shah Rukh Khan and Karan Johar.