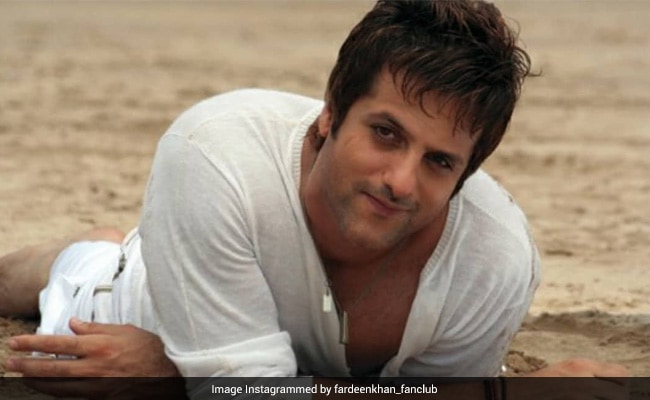 A picture of Fardeen Khan shared by a fan page. (Image courtesy: fardeenkhan_fanclub)

Fardeen Khan, who was last seen in the 2010 movie Dulha Mil Gaya, is all set to make a comeback in Bollywood with a Sanjay Gupta-directed film. In the work-in-progress film, titled Visfot, Fardeen will be seen alongside Riteish Deshmukh, his Heyy Babyy co-star. Visfot is the Hindi remake of the 2012 Venezuelan film Rock, Paper, Scissors, which was nominated for Best Foreign Language Oscar at the 85th Academy Awards. The shooting schedule of Visfot will start by the end of this month. Confirming his collaboration with Fardeen Khan for Visfot, Sanjay Gupta said: "I am really happy that Fardeen and Riteish are teaming up for this extremely special project. My team and I put in every bit of our blood, sweat and tears to make each of our project count. This film has been in the works for a while and I'm proud to say that Visfot roll by the end of the month. We're geared up for this," reported news agency ANI.

As per several media reports, the film's shooting will take place in Mumbai. It is reportedly based on the collision between the chawls of Dongri and the high-rises of Mumbai. Fardeen and Riteish Deshmukh, who will share the screen after 14 years, will be seen as the nemesis in the film.

Last year, Fardeen Khan trended big time on social media after pictures of his physical transformation for his comeback surfaced on the Internet. Check them out here:

Fardeen is the son of late actor Feroz Khan. He is the cousin of actor Zayed Khan and interior designer Sussanne Khan.

Fardeen Khan made his debut in Bollywood in 1998 with Prem Aggan. After that, he featured in films such as Janasheen, Love Ke Liye Kuch Bhi Karega, Pyaar Tune Kya Kiya and Darling. He is known for his comic roles in movies like No Entry and Heyy Babyy. Fardeen Khan was last seen in Dulha Mil Gaya, in which he co-starred with Sushmita Sen.