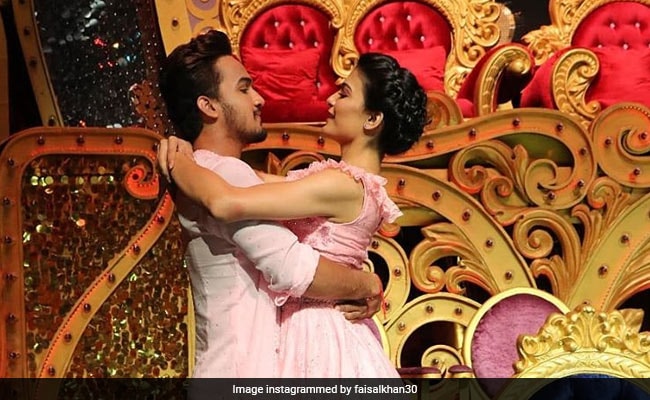 Actor Faisal Khan said Muskaan Kataria's love story ended shortly after they stepped out of dance reality show Nach Baliye 9, which is exclusively for celebrity couples. Following their exit from the show, Faisal, who plays the lead role on television show Chandragupta Maurya, claimed that Muskaan was with him for the limelight, which she recently denied in an interview with the Times Of India and added that the 22-year-old actor allegedly cheated on her twice . Muskaan, who is an aspiring model, also said that she suspected Faisal cheated on her while they were participating on Nach Baliye 9. Muskaan told TOI, "Faisal first cheated on me nine months ago, a year after we started dating. She was a friend of his, and I caught him after I saw his chat conversations. He apologised to me profusely and I decided to give our relationship a second chance, as I truly loved him. If I was with him for money or the limelight, there were several opportunities for me to cash in on my relationship with a celebrity, but I didn't."

She also said: "We were cosy on the show (Nach Baliye 9), but Faisal hardly spent time with me. He would turn up late for rehearsals, though he packed up by 9 pm or 10 pm from Chandragupta Maurya. I learnt that he was spending time with his co-actor from the show, after pack-up... I don't want to take anyone's name, but I am sure that he was cheating on me with her even during Nach Baliye."

Muskaan Kataria also told the Times Of India that Faisal suggested they made their relationship public saying, "Probably, he wanted to break away from his image of a child artiste." Faisal became a household name by winning Dance India Dance Li'l Masters 2 in 2012. He went on to play the younger version of Maharana Pratap in television show Bharat Ka Veer Putra - Maharana Pratap.

Earlier this week, Faisal Khan told Times Of India: "I feel she was with me for the limelight. She has been the biggest mistake of my life... I don't want to date anyone and I am scared of falling in love again."