F.R.I.E.N.D.S: The Reunion - Why Paul Rudd, Cole Sprouse And Some Others Were Missing

"So you can't have too many cameos because of course, there were hundreds of amazing people who were in F.R.I.E.N.D.S over the years," the director said in an interview 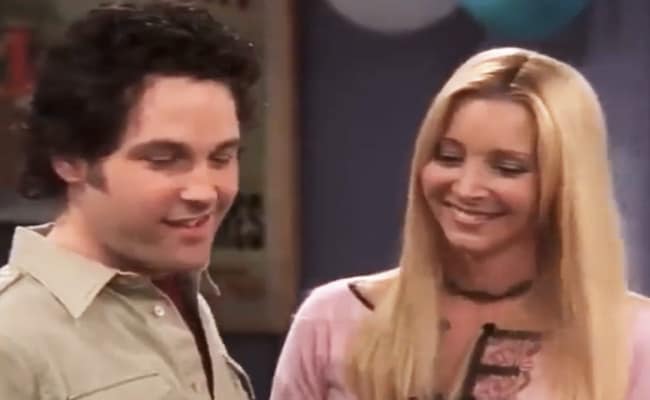 Paul Rudd as Mike with Phoebe Buffay in F.R.I.E.N.D.S

F.R.I.E.N.D.S: The Reunion was a whirlwind tour of nostalgia but to be honest, some faces were missed. For example, actor Paul Rudd, who played the role of Phoebe's eventual husband Mike Hannigan, and also Cole Sprouse, who was cast as Ross' son as a child actor. Speaking to The Wrap, the director of the F.R.I.E.N.D.S reunion Ben Winston, said the makers were unable to fit in all the actors who played cameos in the sitcom because of the show's duration. "Well, we couldn't have everybody on, because it's only an hour and 45 minutes. And you've got to pay attention - the main nub of the show has got to be about the six cast members," The Wrap quoted him as saying. He added: "So you can't have too many cameos because of course, there were hundreds of amazing people who were in F.R.I.E.N.D.S over the years. Sadly, we couldn't get everybody in."

F.R.I.E.N.D.S: The Reunion saw Jennifer Aniston, Courteney Cox, Lisa Kudrow, David Schwimmer, Matthew Perry and Matt LeBlanc visiting the recreated sets of the iconic show. Other actors who joined the main cast on the reunion episode were Maggie Wheeler, who played Chandler's annoying girlfriend Janice; Tom Selleck, who was cast as Monica's love interest Richard and Reese Witherspoon, who played Rachel's spoilt sister. James Michael Tyler, who played to coffee shop owner Gunther joined the reunion via zoom while actors Elliot Gould and Christina Pickles, who were cast as Monica and Ross' parents were spotted in the audience.

Ben Winston also added that apart from the show's duration being a limitation, other hurdles included COVID restrictions and getting dates: "You know, we did invite some people who weren't able to make it. It's a complicated time to be making television now because, you know, some people couldn't fly internationally, some people were on other TV or film shoots, some people are in bubbles on stuff."

The F.R.I.E.N.D.S reunion director added that their primary concern was to get all the six F.R.I.E.N.D.S on one date and if that meant others couldn't make it then that was that: "The timing of it was incredibly difficult. So, you know, if you weren't available on the seventh of April at 8 p.m., then, sadly, they weren't able to be part of it. Yeah, we couldn't get everybody in. It's just one of those things. I hope people will think about all the great things that are in there rather than the things that aren't."