Emmys 2021: What Set The Award Night Apart This Year

"Let me start by saying there are way too many of us in this little room," joked Seth Rogen 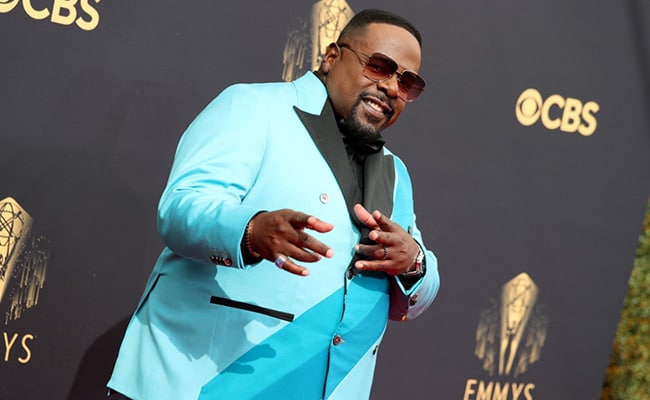 Comedian Cedric the Entertainer opened the 73rd Emmy Awards, the small-screen equivalent of the Oscars, in Los Angeles on Sunday with a group musical number. Rappers LL Cool J and Lil Dicky, and actress Rita Wilson led the celebrities in attendance in a version of late rapper Biz Markie's "Just A Friend" riffing on the year's nominated television shows.

A scaled-down ceremony was held in a tent at an outdoor venue with a limited live audience due to ongoing Covid-19 concerns - a year after the show was forced to go virtual. "Let me start by saying there are way too many of us in this little room," joked Seth Rogen.

"Why is there a roof? It's more important that we have three chandeliers than that we make sure we don't kill Eugene Levy tonight," he added.

Netflix is tipped to finally end its long wait for a top series prize at the Emmys, with The Crown a frontrunner in the drama category and The Queen's Gambit in the running for best limited series.

Hannah Waddingham won the night's first award for supporting actress in "Ted Lasso," which is expected to score across the comedy prizes. Her co-star Brett Goldstein took the supporting actor prize.