Eid 2020: Inside Maanyata Dutt's Festivities With Iqra And Shahraan

"May the doors of happiness and prosperity be open for you," wrote Maanyata 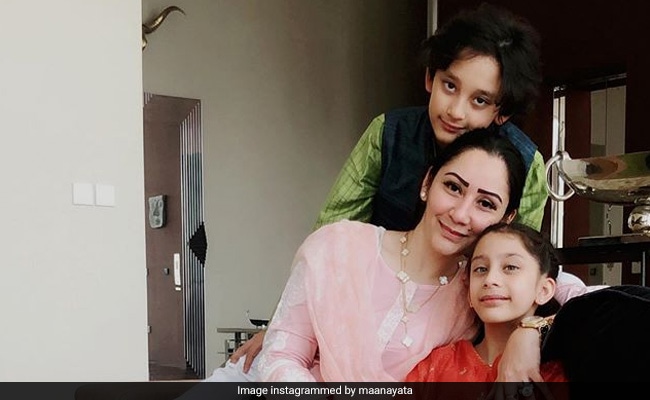 Sanjay Dutt's wife Maanyata shared a glimpse of her Eid celebrations with the family on her Instagram profile on Sunday. In the pictures, Maanyata could be seen happily posing with her kids Shahraan and Iqra by her side. The trio looked a million bucks as they posed together, dressed in their traditional best. For the festive occasion, Maanyata picked a soft pink outfit. Shahraan looked uber-cute in a kurta-pajama set, with a Nehru jacket, while his sister Iqra wore a traditional red suit for the occasion. Sharing the picture on her Instagram profile, Maanyata wrote: "Eid Mubarak to everyone... May the doors of happiness and prosperity be open upon you. #eidulfitr2020 #love #grace #positivity #dutts #beautifullife #thankyougod."

Eid Mubarak to everyone...May the doors of happiness and prosperity be open upon youeidulfitr2020 #love #grace #positivity #dutts #beautifullife #thankyougod

Here are some more pictures from the family's Eid celebrations : 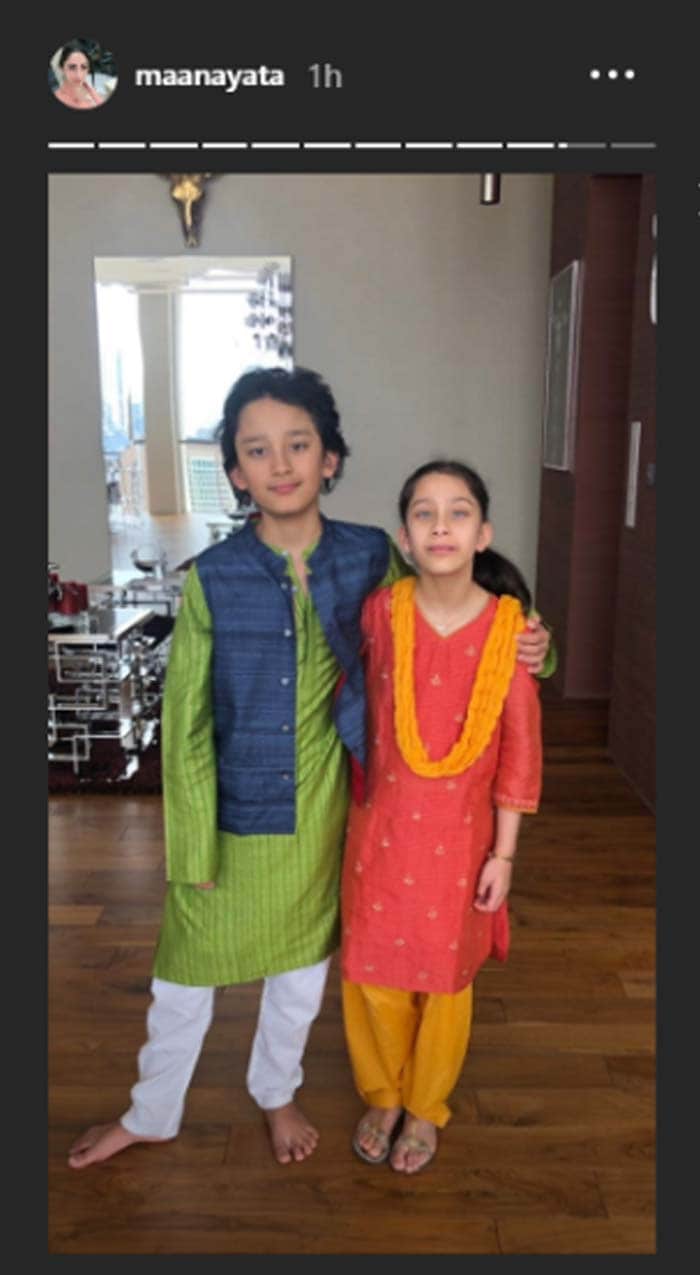 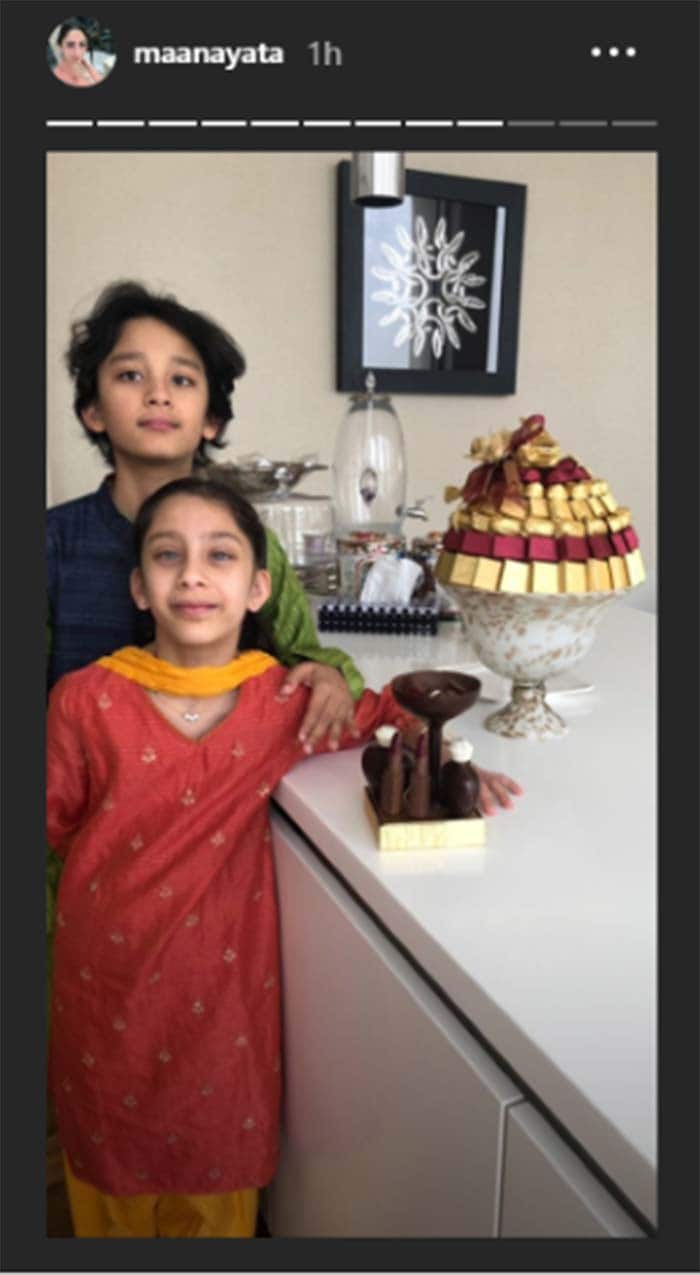 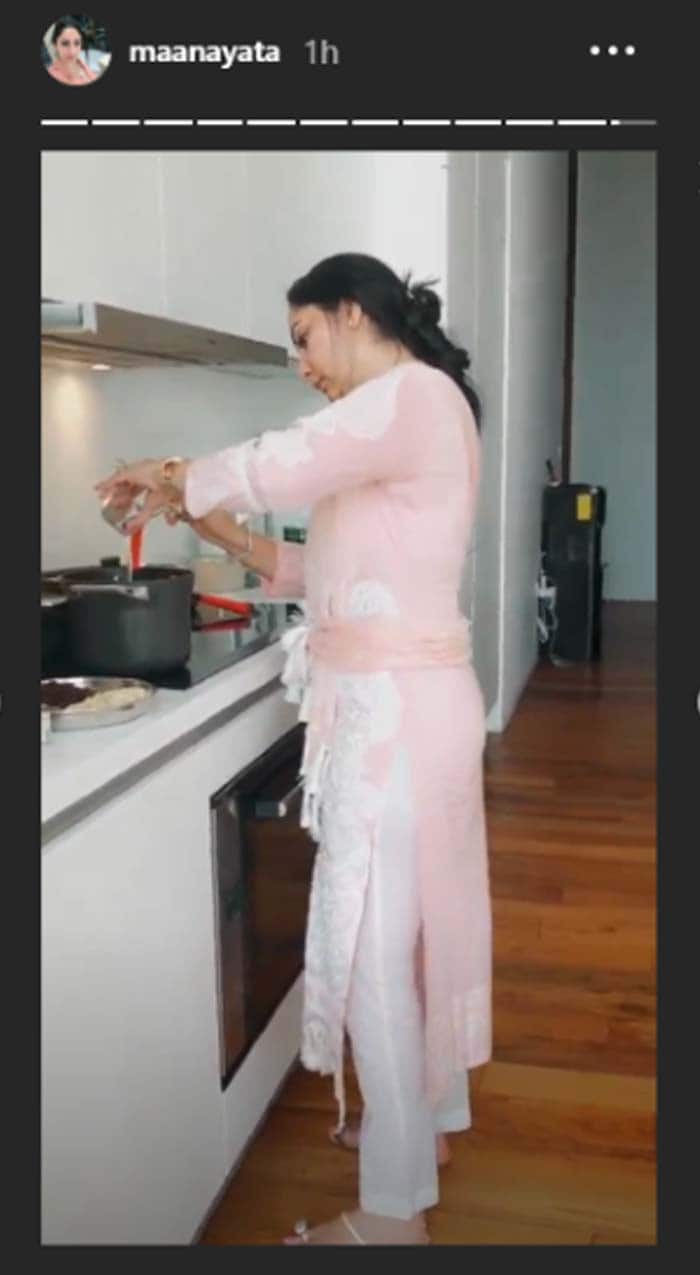 Sanjay Dutt was earlier married to Richa Sharma, who died of brain tumour in 1996, with whom he has daughter Trishala. She stays with her grandparents in the Unites States Of America. The actor is now married to Maanyata and the couple are parents to 9-year-old twins Shahraan and Iqra.