Dulquer Salmaan's Daughter, All Of 2-Months-Old, Has All Of These 'Choices' 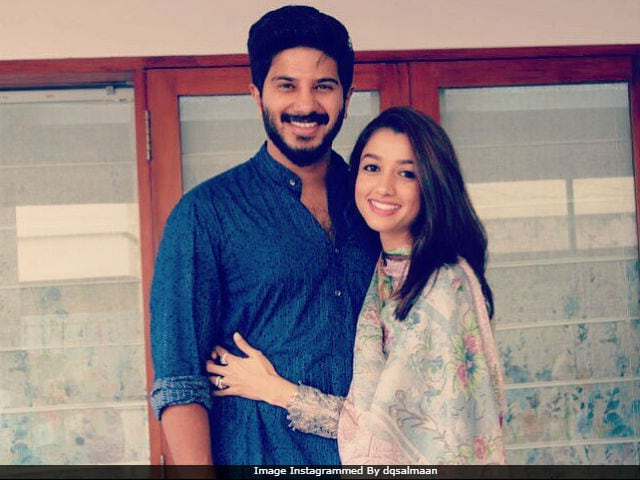 New Delhi: Malayalam star Dulquer Salmaan and wife Amal Sufiya welcomed their first child, a daughter, in May this year. The 31-year-old actor, who is currently filming Mahanati, Instagrammed a picture of his daughter's shoes, with a caption that read, "Choices galore." Dulquer had announced the birth of his daughter on social media. "Today is unforgettable in more ways than one. My life just changed forever. We've been blessed with a drop of heaven. At long last my biggest dream came true. I got my princess. Amu got a mini version of herself," he wrote. Dulquer and Amal have been married for over five years now.

Here's what Dulquer posted about his daughter's 'choices.'

Dulquer in his earlier post also revealed that he loves shopping for his daughter.

Promoted
Listen to the latest songs, only on JioSaavn.com
On fifth wedding anniversary, Dulquer shared an adorable picture of himself with wife. "How you married a cartoon like me I'll never know! But thanks baby! Happy Anniversary!! 5 years flew by like 5 blinks! I'm so sorry I'm not home this year. I promise to make it up to you when I get back," he captioned his post.

How you married a cartoon like me I'll never know ! But thanks baby ! Happy Anniversary !! 5 years flew by like 5 blinks ! I'm so sorry I'm not home this year. I promise to make it upto you when I get back !! #dQ&A #babygirl #halfadecade #us2 #goofyonvacay #asalways #happy5years #iasked #yousaidyes #herewearenow

Dulquer Salmaan is the son of superstar Mammootty. He is the star of films such as O Kadhal Kanmani (OK Kanmani), Bangalore Days, Charlie and Kaali. He was last seen in Comrade in America, which released in May. Dulquer Salmaan has now begun shooting for Mahanati, a biopic on late actor Gemini Ganesan. Samantha Ruth Prabhu and Keerthy Suresh co-star with Dulquer in the film. Mahanati is directed by Nag Ashwin and produced by Vyjayanthi Films.