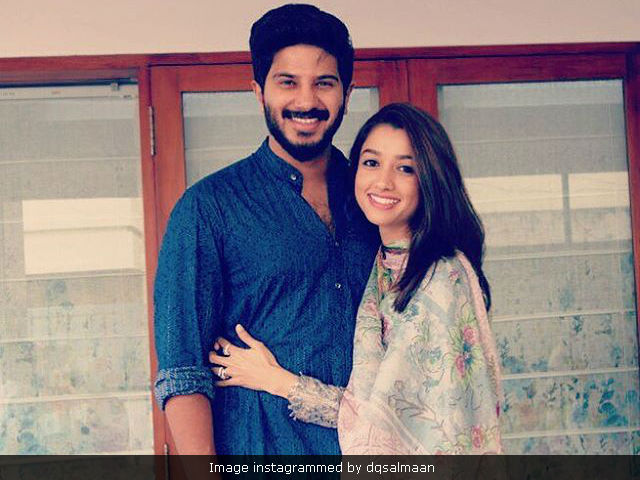 New Delhi: Malayalam film actor Dulquer Salmaan and his wife Amal Sufiya are expecting their first child, a source close to the family told Times Of India. Dulquer Salmaan, son of actor producer Mammootty, and Amal Sufiya were spotted at his cousin's wedding reception, where Amal was reportedly photographed with a baby bump. "Yes, Amal is carrying and is expected to deliver the baby by the end of May or June first week," Times Of India quoted a source as saying. Salmaan and Amal got married in December 2011 and this will be the couple'sfirst child together. Amal Sufiya is an architect from Chennai.

Dulquer Salmaan is currently busy filming Comrade In America (CIA), Parava and Solo and last year in December he shared an adorable message for his wife on their wedding anniversary in which he wrote: "How you married a cartoon like me I'll never know ! But thanks baby ! Happy Anniversary !! 5 years flew by like 5 blinks ! (sic)"

Promoted
Listen to the latest songs, only on JioSaavn.com
Dulquer Salmaan or any other family member hasn't confirmed the news yet.

Meanwhile, Dulquer Salmaan, who started his onscreen journey in 2012 with Second Show, Ustad Hotel and Theevram, was seen in two films last year Kali and Kammatipaadam. CIA, Parava and Solo are all scheduled to release this year. Of the three films, CIA is Dulquer Salmaan's second collaboration with Amal Neerad and Solo is Bejoy Nambiar's debut as Malayalam film director. CIA has also enrolled Mark Chavarria, known for his work in Logan, Inception and Terminator, as stunt choreographer.