Dimpy Ganguly is Married. Inside Pics From Her Wedding, Bachelorette Party 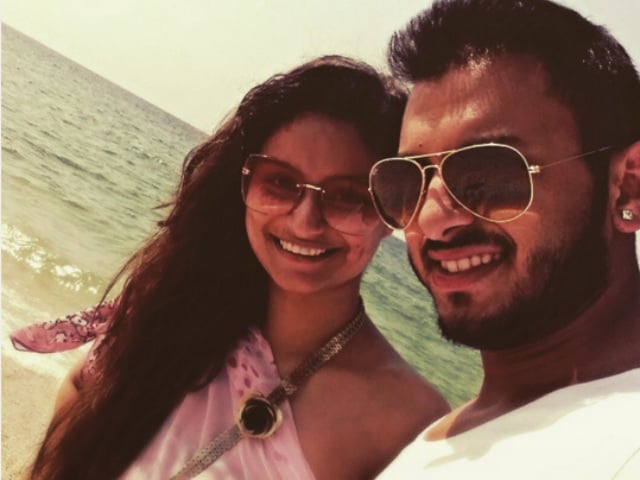 This image was posted on Instagram by Rohit Roy

New Delhi: Model and actress Dimpy Ganguly married her Dubai-based businessman fiance Rohit Roy on November 27 at an uptown hotel in Kolkata. One of her friends shared a lovely photograph from the wedding venue. The newly-weds were dressed in traditional Bengali attire and could not look happier as they posed for the paparazzi.

Dimpy, who has participated in beauty contests and appeared in Bengali films, also enjoyed a bachelorette party with her close friends on November 25.

Dimpy was pretty in a pink and black off-shoulder dress and pearl jewellery. She offered a beautiful smile to the camera wearing a bright pink 'Bride to be' sash.

Thank you @jaya126in and @neely4u and all my darling friends for the amazing time yesterday. .I'm so glad u were a part of this very special occasion of my life ..love you!

She had also posted a memory from her wedding shopping with her would-be husband Rohit and friends: (Also Read: Dimpy Ganguly, Ex-Wife of Rahul Mahajan, Announces She is Engaged)

Earlier in October, the 30-year-old television personality had announced the news of her engagement with this picture on social media:

He asked and she said "it's 'bout damn time! " #engaged

Dimpy Ganguly is the ex-wife of Rahul Mahajan, the son of late BJP leader Pramod Mahajan, who confirmed that they are divorced in a Facebook post in February 2015. The duo got married on the sets of reality TV show Rahul Dulhania Le Jayega and were reported to have separated in 2013. They also participated in the eighth season of Bigg Boss.