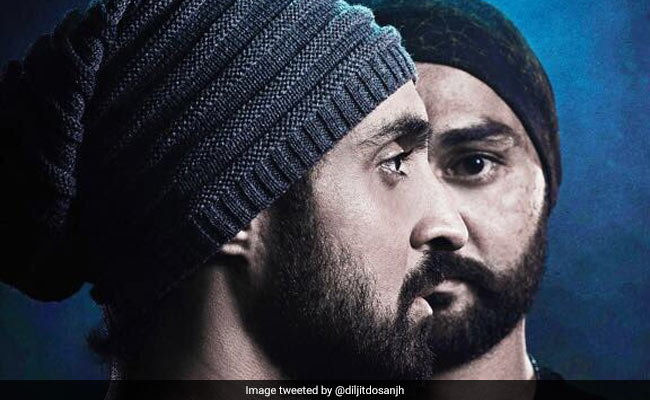 New Delhi: Actor Diljit Dosanjh, who is currently prepping for a biopic based on the life of hockey player Sandeep Singh, revealed the first poster from the yet-untitled film. In the poster, shared by the actor, Diljit's half face is visible while Sandeep Singh can be seen facing us in the backdrop. In no time, the poster went crazy viral on the Internet. Diljit's poster has got us all excited and we already can't wait for the first look which will be released by the makers of the film tomorrow. The biopic is inspired by events from the life of ex-hockey captain Sandeep Singh, who also won the Arjuna Award in 2010 and the woman, who inspired him to be a hockey player.

Diljit's poster came with an important message: "Don't let this story pass." Sharing the poster, Diljit wrote: "A winner wins the game, here's one who will win all your hearts."

A winner wins the game, here's one who will win all your hearts! Revealing soon...#DontLetThisStoryPass@shaadesh@sonypicsprodns@taapsee@Flicker_Singh @Iamangadbedi @IChitrangda@thecsfilmspic.twitter.com/ucQtDBwAto

Promoted
Listen to the latest songs, only on JioSaavn.com
Directed by Shaad Ali, the film will also feature actress Taapsee Pannu in the lead role. Earlier, Mumbai Mirror reported that Taapsee would play the character of the woman, who stood by Sandeep Singh throughout his journey. Both actors - Taapsee and Diljit will go through intense hockey training under professionals. The film will be co-produced by Desi Boyz's actress Chitrangada Singh and Sneha Rajani.