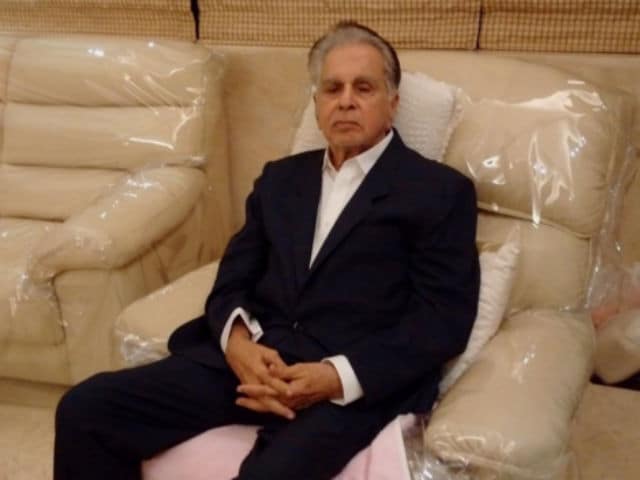 This image was posted on Twitter by Dilip Kumar.

New Delhi: Actor Dilip Kumar, grand old man of Bollywood, will be 93 on December 11 but will not be celebrating. Dilip saab has announced on Twitter that he is cancelling plans because he's upset by the destruction caused in Chennai by incessant rain.

This is what he tweeted on Tuesday:

I have decided to forego all celebrations on my birthday as I am saddened by the tragedy that has swept the lives of so many in Chennai.

Dilip saab also said that he wanted to visit Chennai but cannot because of his health:

My sympathies are with the people of #Chennai. I wish I had the good health to travel there - the city I wanted to adopt as my second home

The cancellation of festivities in honour of Dilip Kumar will likely please his wife, actress Saira Banu, who is against the actor celebrating his birthday.

Saira is never in favor of celebrating my birthday. She feels the evil eye will fall and I will have health issues soon after celebrations.

Years ago my mother and grandmother had the same superstition and after my marriage the belief was gladly taken over by Saira.