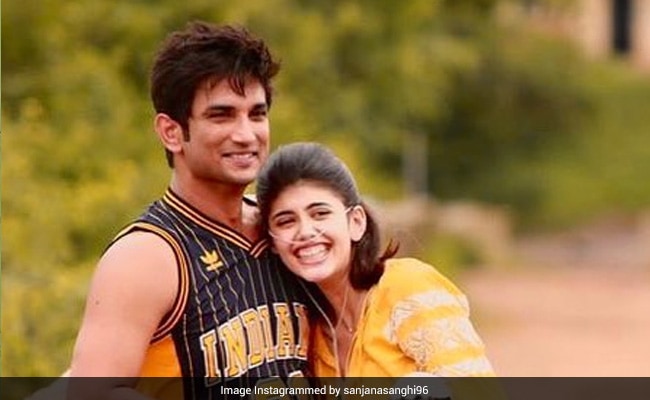 Google has released its annual roundup of the year's most searched and no prizes for guessing which film topped the 2020 trending charts in India - it was Dil Bechara, starring actor Sushant Singh Rajput who died by suicide last June. The year's 10 most searched films in India also include Ajay Devgn's Tanhaji, Akshay Kumar's Laxmii and Gulabo Sitabo, starring Amitabh Bachchan and Ayushmann Khurrana. Here's a look at the list of top 10 films that made the Google charts.

Sushant Singh Rajput's swansong premiered on Disney+Hotstar in November, months after the actor was found dead in his Mumbai home. The film, co-starring Sanjana Sanghi and directed by Mukesh Chhabra, is a Hindi remake of the novel The Fault In Our Stars.

The release of this Tamil film led by Suriya was postponed several times because of the COVID-19 pandemic. It finally began streaming on Amazon Prime in November.

Ajay Devgn's epic Tanhaji, based on the life of Shivaji's famed general, released in theatres in January, a couple of months before India locked itself down against COVID-19. Kajol and Saif Ali Khan co-star.

Shakuntala Devi, with Vidya Balan in the lead role as the real life math genius, was meant to have released in May. Pushed out of screens by the lockdown, it eventually released on Amazon Prime in July.

Released on Netflix in August, the film became controversial on two counts - the Indian Air Force's objection to what it claimed was negative portrayal of itself and the casting of actress Jahnvi Kapoor, prompting accusations of nepotism.

Starring Akshay Kumar as a man possessed by the ghost of a transgender woman, the film premiered on Disney+Hotstar in November after a name change. Critics and viewers seemed to dislike it equally.

Also disliked by all was Bhatt family offering Sadak 2. Directed by Mahesh Bhatt and starring daughter Alia as well as Sanjay Dutt in the lead role, this sequel to 90s hit Sadak streamed on Disney+Hotstar in August.

Starring Tiger Shroff, Shraddha Kapoor and Riteish Deshmukh, this was one of the last Bollywood films to have released in theatres before the lockdown hit - it opened in March to middling reviews and box office collections were impacted as cinemas began to shut down.

This Netflix action-thriller released in April and co-starred Chris Hemsworth with Randeep Hooda and Pankaj Tripathi as well as a motley crew of other Indian actors.

Another of the big releases that had to skip cinemas because of the lockdown, Gulabo Sitabo was among the first Bollywood offerings to stream on an OTT platform, premiering on Amazon Prime in June. The well-received film starred Amitabh Bachchan and Ayushmann Khurrana.

Which of these films were your favourite?

yearender2020entertainmentdil bechara10 most searched films of 2020