Did Disney Just Confirm No Johnny Depp In Pirates Of The Caribbean Reboot?

Johnny Depp fans, you may want to sit down first 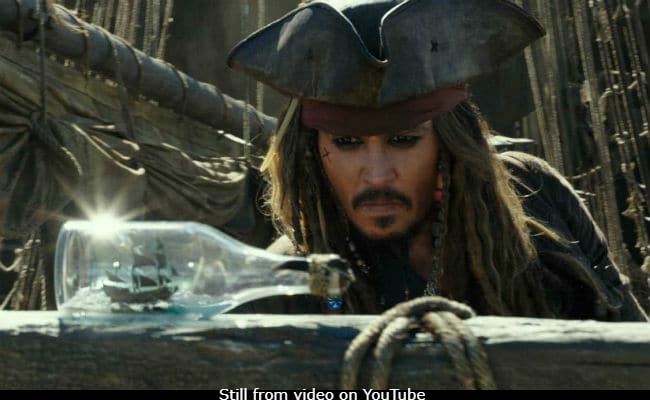 Johnny Depp fans, you may want to sit down first. Sean Bailey, the President of Motion Picture Production at The Walt Disney Studios, appeared to confirm in an interview to The Hollywood Reporter that Johnny Depp may not return as the ultimate favourite onscreen pirate Captain Jack Sparrow in the Pirates Of The Caribbean reboot, which is currently in a nascent state. When the Disney production head was asked about how the reboot would fare without the superstar, Mr Bailey said: "We want to bring in a new energy and vitality."

Sean Bailey, who has roped in Deadpool writers Rhett Reese and Paul Wernick to give the Pirates movie a fresh spin, also told The Hollywood Reporter: "I love the [Pirates] movies, but part of the reason Paul and Rhett are so interesting is that we want to give it a kick in the pants. And that's what I've tasked them with."

While Sean Bailey's response appears to confirm that there will be no Johnny Depp in the next Pirates Of The Caribbean movie, it was in October when Stuart Beattie, the original writer of the Pirates films, told DailyMailTV in an interview that the actor had "had a great run" with the Pirate films, hinting his exclusion from the reboot: "I think he's had a great run. Obviously, he's made that character his own and it's become the character he's most famous for now," Daily Mail quoted Mr Beattie as saying.

The film adaptations of Pirates Of The Caribbean, featuring Johnny Depp in the legendary role, first hit screens in 2003 with The Curse Of The Black Pearl. The next in the series were Dead Man's Chest, At World's End , On Stranger Tides and Dead Men Tell No Tales, which released in the years 2006, 2007, 2011 and 2017 respectively. The fifth and the last Pirates film received a damp response at the box office.

The Washington Post had assigned two stars to the film and in the review, wrote: "Yes, Pirates of the Caribbean: Dead Men Tell No Tales remains true to its Disney theme park roots. Loud, overstimulating and hard to take in all in one sitting, it feels like the vacation that you'll need a vacation from."

pirates of the caribbeanjohnny depp