Pirates of the Caribbean 5 Movie Review: Dead Men Tell No Tales may not be the "final adventure" after all, as trailers once promised 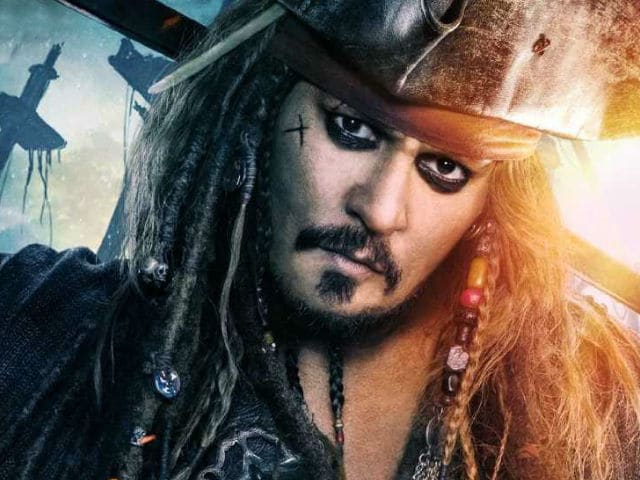 Pirates Of The Caribbean 5 Movie Review: Johnny Depp in a film still


It's great to have a job watching - and then writing about - movies. But why does Pirates of the Caribbean: Dead Men Tell No Tales have to feel so much like work?

To be sure, it's always been something of an effort to keep track of who's alive or dead or undead in this multi-sequel epic featuring walking pirate ghosts and characters who get killed off in one installment, only to be magically resurrected in the next - especially after what feels like eight long movies. Pirates Of The Caribbean 5 Movie Review: Johny Depp in a film still

What do you mean, this is only the fifth one? At over 12 hours total running time, the Pirates saga is starting to make the storytelling in The Lord of the Rings feel fleet by comparison. And a post-credits stinger scene tacked onto the new film hints that Dead Men Tell No Tales may not be the "final adventure" after all, as trailers once promised.

When POTC 5 opens, the series' dissolute, chronically soused pirate antihero, Capt. Jack Sparrow (Johnny Depp), is still alive, even though one character speculates that he may not be. Yes, Depp is looking a little worse for wear these days, but a special effect, deep into the movie, uses digital trickery to re-create what his character looked like as a young man. Like the similar reanimation of the young Kurt Russell in Guardians of the Galaxy Vol 2, it's an impressive bit of CGI prestidigitation. 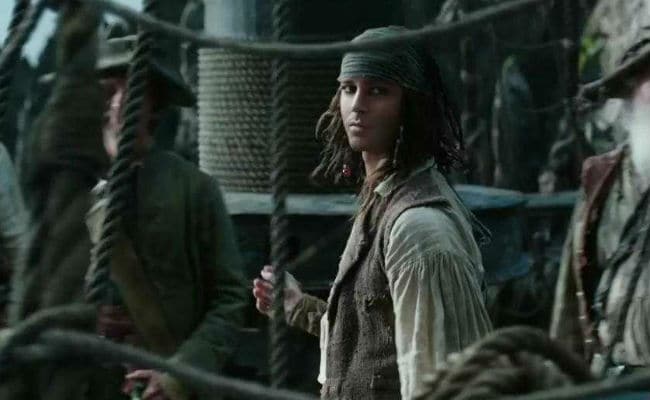 Pirates Of The Caribbean 5 Movie Review: Johny Depp in a film still

As you may remember, Jack's beloved ship, the Black Pearl, has been shrunk to the size of a toy, which he carries in a bottle around his neck. That happened in the fourth film. (Or was it the third?) His replacement vessel, in an attempt at humor that epitomizes the tone of the cheesy screenplay, is called the Dying Gull. Other yuks fall into the category of mildly naughty Dad Jokes, and include a ribald misinterpretation of the word horologist. At another point, Kaya Scodelario's scientist character, referring to a celestial chart, says, gesturing heavenward, "The map is there." To which a dimwit pirate replies: "At the tip of your finger?"

After a ridiculously bloated early set piece centering on a bank robbery - in which an entire building is dragged through the streets of St. Martin, like a massive, rickety sleigh - Jack's services are sought in the recovery of Poseidon's trident, a mystical talisman thought to have the power to break curses.

And there are two of them in need of breaking here: As shown in a short prologue, Will Turner (Orlando Bloom) is still trapped in a state of putrescent decay aboard the shipwrecked Flying Dutchman, and his son (Brenton Thwaites) means to free him from that fate. The other accursed soul belongs to Captain Salazar, a Beetlejuice-like wraith trapped in something called the Devil's Triangle. Javier Bardem has a lot of fun with the role of the villain, spitting out the name Jack Sparrow - which he pronounces something like "Yuck Epatto" - as if it were a piece of rotten food. Salazar has got an old vendetta with Jack - which we find out about later, along with one other big reveal that feels less like a blockbuster than a nothingburger. Pirates Of The Caribbean 5 Movie Review: Javier Bardem in a film still

Other than that, there's not much that you need to know (or that I can remember, quite frankly). There are naval chase scenes and booming cannons, and more visual effects that you can shake a cutlass at, including one scene that resembles the parting of the Red Sea in "The Ten Commandments." Another sequence, featuring Jack stuck in a guillotine that is twirling around and around, like a lethal fidget spinner, is particularly fun, if also characteristic of the amusement-park aesthetic of the film, which seems capable of inducing excitement, exhaustion and nausea, in that order.

Yes, Pirates of the Caribbean: Dead Men Tell No Tales remains true to its Disney theme park roots. Loud, overstimulating and hard to take in all in one sitting, it feels like the vacation that you'll need a vacation from.