"This is to clarify and put to rest all kind of speculation that is being bandied about by a certain section of the media regarding my separation with Sahil," wrote Dia Mirza 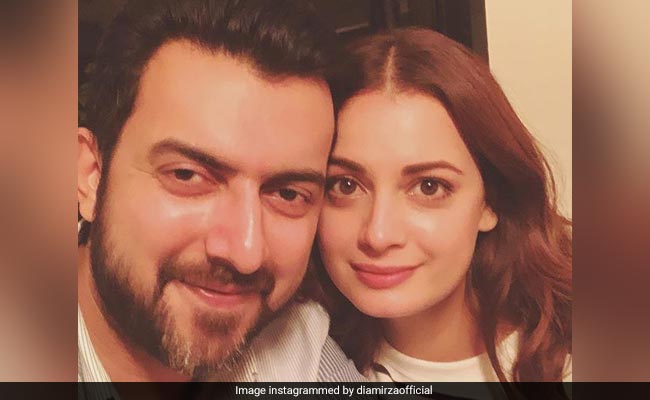 A day after announcing she and husband Sahil Sangha were separating and would not comment further, Dia Mirza has been forced to do exactly that after tabloid reports suggesting the couple had split because of an alleged affair. In a series of tweets, 37-year-old Dia dismissed speculative reports blaming the separation on a 'third person' and said she would not 'stand for another woman's name being used so irresponsibly to perpetuate a lie.' Yesterday, Dia Mirza posted a joint statement on her social media announcing that she and Sahil Sangha were calling time after 11 years together. Soon after, a tabloid report named Judgementall Hai Kya writer Kanika Dhillon as the alleged cause.

1) This is to clarify and put to rest all kind of speculation that is being bandied about by a certain section of the media regarding my separation with Sahil. It is most unfortunate to see the level of irresponsibility exercised.

2) What is even more unfortunate is that our colleagues names are being tarnished and maligned by this media. As a woman I will not stand for another woman's name being used so irresponsibly to perpetuate a lie.

3)There is absolutely no truth to the alleged reports and no third person is the reason for Sahil and I to part ways. We have requested the media to be graceful and allow us this time for some privacy. Really hope they can respect that.

Kanika Dhillon told news agency IANS that she had never met either Dia Mirza or Sahil Sangha. "It's ridiculous how two individual reports are being interlinked. I have never met Dia or Sahil in my entire life. This is baseless and malicious," she said. Kanika repeated this in a tweet, to which Dia responded: "I am so sorry, Kanika, that people can be so disgraceful. All my love to you."

I am so sorry Kanika that people can be so disgraceful. All my love to you. https://t.co/vg5O6jPAea

Yesterday, Dia Mirza and Sahil Sangha, who married in 2014, revealed they were separating but would remain friends: "After 11 years of sharing our lives and being together, we have mutually decided to separate. We remain friends and will continue to be there for each other with love and respect. While our journeys may lead us down different paths, we are forever grateful for the bond that we share with each other."

Dia Mirza and Sahil Sangha had an intimate wedding in Delhi in in October 2014, after dating for several years.

On the professional front, Dia Mirza featured in the web-series Kaafirand backed the web-series Mind The Malhotras. Her last Bollywood release was the 2018 film Sanju, in which she played the role of Maanayata Dutt.

Milind Soman Is "Missing The Mountains." We Can Relate