Byomkesh Bakshi is one of the most celebrated Bengali fictional characters 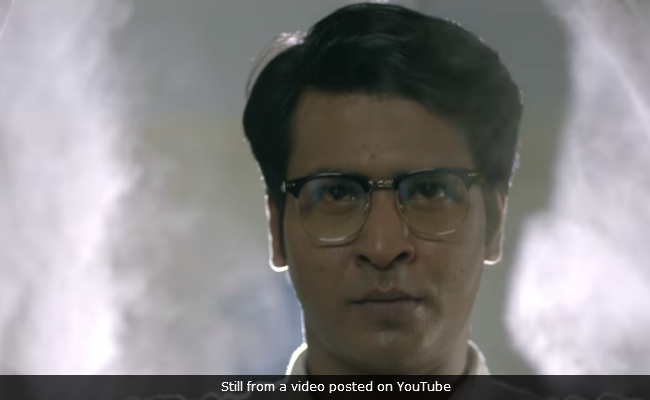 Kolkata: Popular Bengali detective Byomkesh Bakshi made his web debut today with two stories - Satyanweshi and Pother Kanta - on SVF-owned digital content platform Hoichoi. Actor Anirban Bhattacharya, known for his performances in films such as Eagoler Chokh and Dhanonjoy, was essaying the role of the dhoti-clad detective, a creation of acclaimed author Sharadindu Bandyopadhyay."Web series can be called an extension of feature films. The difference between cinema and TV does not exist between cinema and web series as far as shooting is concerned," Anirban Bhattacharya said.

The actor also said the web platform has a wider reach through apps that can be downloaded on mobile handsets. SVF executive director Vishnu Mohta said a fresh approach to the stories would ensure a bigger audience. "We believe great content and great stories need to be told in a new fashion with fresh faces," he said.

The director of the series, Sayantan Ghosal, was confident about the success of the series. He said he was not intimidated by the fact that the popular series had been adapted several times in the past.

"I was not intimidated by the thought that films on Byomkesh Bakshi had been made by big names in the film industry. I did the scripting of the web series and fleshed it out the way I had visualised. The sleuth or his friends are no aliens to me," Sayantan Ghoshal said.

Actor Subrat Dutt, who has already made a mark with his roles in Bollywood films such as Mangal Pandey and Bhoothnath Returns, was enacting the role of Ajit, the sleuth's assistant and chronicler of his investigations.

"The episodes can be seen on any device with net connection after paying subscription fees," the SVF executive director said.

Promoted
Listen to the latest songs, only on JioSaavn.com
The second episode, to be premiered on October 21, would be based on two other popular stories - Makorshar Rosh and Arthamanartham.