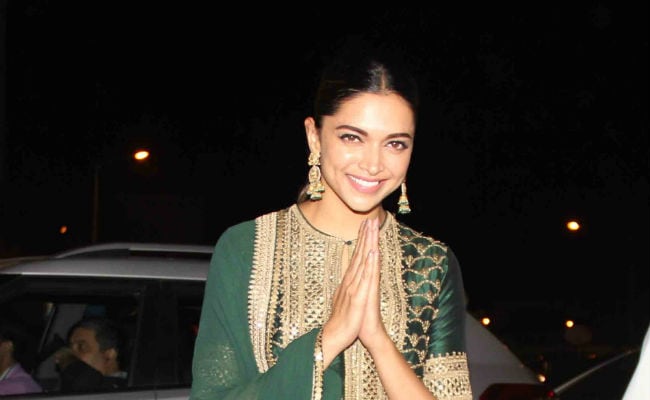 New Delhi: Remember the picture of Deepika Padukone on the sets Majid Majidi's Beyond The Clouds, which went viral in November 2016? It was reported that Deepika was there to give a look test for Mr Majidi's then work-in-progress film but on Monday, the Beyond The Clouds director told news agency PTI that the "Padmaavat" actress was not invited for casting. At an event to launch the film's trailer in Mumbai, Majid Majidi told PTI: "I must also mention a special thanks to Deepika for being extremely humble. We actually didn't invite her for casting; we just wanted to put her in the situation to get a feeling of the film. And she was quite humble." Beyond The Clouds is Shahid Kapoor's brother Ishaan Khatter's first film for which he won Best Actor award at the International Bosphorus Film Festival in Turkey. The film will release on March 23 in India.

The Iranian filmmaker hopes to work with the Padmaavat actress in future, "For different reasons, the collaboration couldn't happen. But in future, I hope there is an opportunity where we can work together," he said.

Majid Majidi is known for films such as Children of Heaven and The Song of Sparrows. It has been reported that the lead cast of Beyond The Clouds, Ishaan Khatter and Malavika Mohanan, were handpicked by Mr Majidi. The film is scheduled to release on March 23.

Ishaan Khatter is currently filming Dhadak opposite Janhvi Kapoor. Dhadak, produced by Karan Johar and directed by Shashank Khaitan, will hit the screens on July 20.