Deepika Padukone: The Girl Who Played With Fire 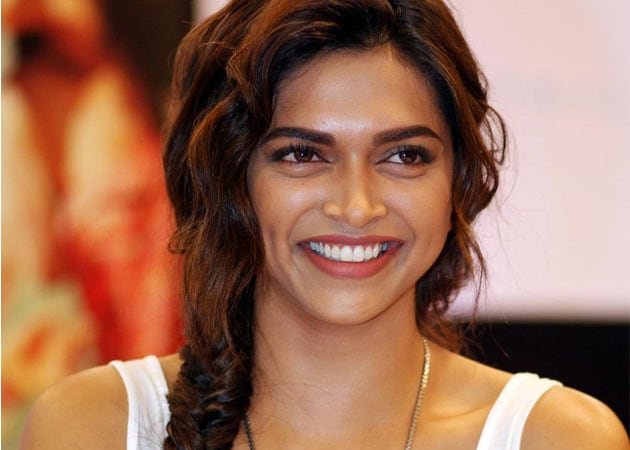 In the maddening, temperamental and consuming world of Bollywood, 28-year-old actor Deepika Padukone looks like a picture of calm.

Don't let her sunny exterior fool you though. When you mess with Deepika, you mess with the wrong person. She recently slammed a leading daily very publicly for running a photo of her with the caption 'OMG: Deepika Padukone's cleavage show.' Feisty Deepika volleyed back with 'Yes, I am a woman and I have cleavage,' as colleagues and fans rallied to her side.

Born on January 5, 1986 to badminton player Prakash Padukone and Ujjala Padukone in Copenhagen, Denmark, Deepika lived, studied and started her modelling career in the city of Bangalore before she made the shift to Mumbai. Before she took to showbiz fulltime, Deepika was also a state level badminton champion, something she chose following in her dad's footsteps. Having bagged some of the best TV advertisement projects along with modelling for top notch International brands and companies, Deepika made her big screen debut in a Kannada movie called Aishwarya in 2006, which eventually led her to her Hindi film debut in Om Shanti Om opposite actor Shah Rukh Khan. Directed by Farah Khan, the movie did remarkably well and got Deepika noticed not just as a pretty face but as someone who is multi-talented.

The going only got better from there on for the actor. Having won accolades and several awards for her performance, Deepika went on to do Bachna Ae Haseena in 2008 with then boyfriend, actor Ranbir Kapoor, which did fairly well, and eventually landed movies such as Chandni Chowk To China (2009), Love Aaj Kal, Karthik Calling Karthik, Break Ke Baad, Housefull (2010), Aarakshan, Desi Boyz (2011), Cocktail (2012), Race 2, Yeh Jawaani Hai Deewani, Chennai Express, Goliyon Ki Raasleela Ram-Leela (2013) and, more recently, a Tamil film opposite actor Rajinikanth called Kochadaiiyaan. Her newest movie, Finding Fanny directed by Homi Adjania, opened to some great reviews, amid a lot of controversy and kerfuffle.

Promoted
Listen to the latest songs, only on JioSaavn.com
Just seven years old in the industry, Deepika has managed to juggle and make a mark, primarily on the basis of her mettle, in a variety of roles that she has been offered. From playing a glamorous love interest to doing off-beat films to playing characters with shades of grey, the actor makes everything seem like a piece of cake. Deepika, who went public with her ill-fated romance with Ranbir Kapoor, now keeps her personal life under wraps and almost magically manages to keep the media at an arm's length while seeming not to. Deepika has always maintained that in spite of being extremely sensitive and emotional, she is very strong headed and does not let her success and failures get to her, even criticism or the feistiness of her colleagues.

Perhaps this is why she is a cut above the rest, and has managed to come this far despite having no godfathers or family connections in the industry.