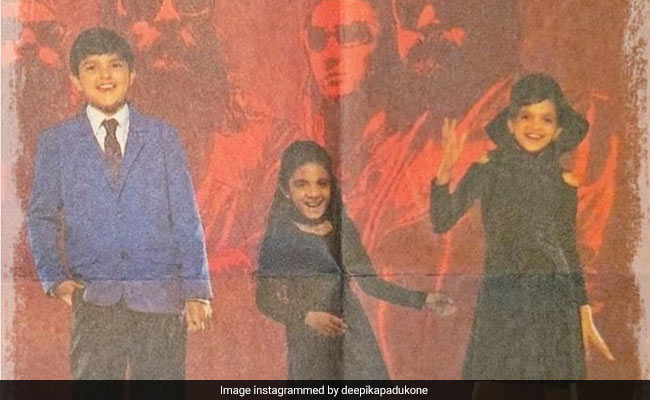 Did you check Deepika Padukone's latest Instagram entry yet? It is too sassy. The actress, on Wednesday, flipped through the pages of her modeling diaries and fished out a really old photo of herself from the time when she "started young" as a model. In the picture, which appears to be a print advertisement, Deepika can be seen posing with two other child models. She looks adorable in a black dress which she accompanied with a matching hat and a pair of stilettoes. Sharing the picture, the actress wrote: "Started early." Deepika worked as a child model for a couple of commercials during her childhood before starting a full-time career in modeling but more on that later. First, check out Deepika Padukone's throwback post here:

Before starting her career in acting, Deepika Padukone did several modeling assignments. She also walked the ramp for late designer Wendell Rodricks, on whose suggestion Malaika Arora passed on the actress' name to Farah Khan for her film Om Shanti Om. Deepika made her debut in Bollywood with Om Shanti Om in 2007.

On the work front, Deepika Padukone has Kabir Khan's '83 and the Hindi remake of the 2015 Hollywood film The Intern in the pipeline.