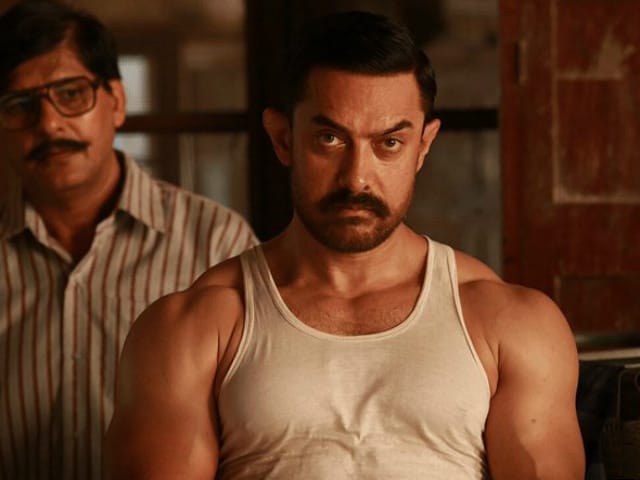 Aamir Khan's Dangal: A still from the movie

New Delhi: Aamir Khan's Dangal is expected to fetch Rs 200 crore by the end of this week, say trade analysts. On Day 6, the film made over Rs 21 crore, taking its domestic total to almost Rs 177 crore, tweeted trade analyst Taran Adarsh. Internationally, it is heading towards a standalone Rs 100 crore as well. In the wake of Dangal's stupendous box office performance, its happy holidays for its star who is celebrating his wedding anniversary in the hill station of Panchgani outside Mumbai. Aamir, 51, was photographed with wife Kiran Rao, his children Ira and Junaid, and friends in Panchgani. Here's a day-wise summary of how much his film has made since it released on December 23 from Taran Adarsh:

There is no big release this week so Dangal should reign unchallenged. Expectations from this Friday:

Meanwhile, it's full steam ahead abroad, racing towards a 100 crore:

Promoted
Listen to the latest songs, only on JioSaavn.com
Dangal has already set a new record for the highest single day earning of any film with its Rs 42 crore last Sunday, toppling Salman Khan's Sultan which made a shade under 40 crore in a single day. Dangal is also one of this year's best reviewed films, receiving high praise from critics as well as endorsements from celebrities. Salman tweeted about how his family thought Aamir's film was better than his own offering Sultan. Saif Ali Khan described Aamir's performance as 'phenomenal' and said Dangal was one of the best films he's seen, reported news agency IANS.

Aamir Khan stars as Haryanvi wrestler Mahavir Singh Phogat in Dangal, which recounts how Mr Phogat trained his daughters Geeta and Babita in wrestling despite sneers from his patriarchal village society. Actresses Fatima Sana Sheikh and Sanya Malhotra have received rave reviews for their portrayal of Geeta and Babita Phogat, as has TV star Sakshi Tanwar who plays Mahavir Phogat's wofe Daya Kaur. Dangal is directed by Nitesh Tiwari and is Aamir's first release since 2014's PK, Bollywood's most successful film so far.