Coronavirus: How 13 Days Of No Work Will Impact Bollywood's Lower-Rung Workers

Shooting for films, TV shows, digital shows and all other entertainment formats will be stopped till March 31 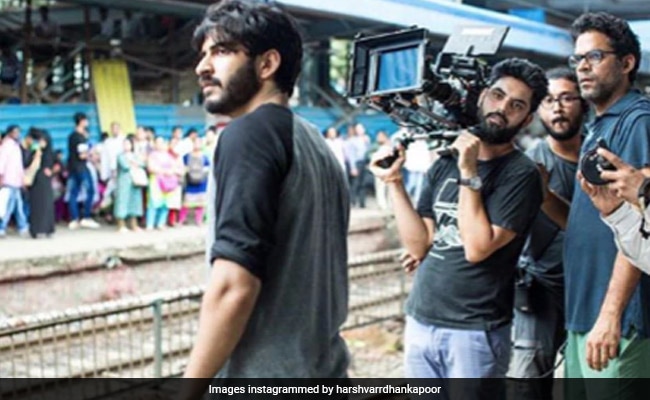 As per notification issued by Indian Motion Pictures Producers' Association, Federation of Western India Cine Employees and other similar bodies, shooting for films, TV shows, digital shows and all other entertainment formats will be stopped between March 19 and 31 owing to the COVID-19 pandemic. While film stars, filmmakers and other celebrities get to spend quality time with their families and also relax for a few days, what happens to the grassroots-level workers of the film industry, who get paid per day? What happens to technicians, spotboys, camera and crane operators, freelance makeup artists or hairstylists? Unfortunately, the picture is far from rosy for these people and most of them are already worried. For most of them, one day's work - which might last upto 16 hours - normally means just a few hundred rupees and a lot of them are the sole breadwinners of their families. Bollywood shutting down would mean even that paltry income will stop.

Freelance hairstylist Snehal told news agency IANS: "I am a single woman. I stay in a rented apartment and have to bear all my costs. If shoot stops for so many days, how will we survive? I don't have much savings to last for a long time."

Snehal, a Mira Road resident, added: "Normally, hairstylists like us get around Rs 2,000 on a daily basis. Most of us get to work for 10 to 15 days a month. That's how the industry works. If you working a full month - like in TV serials - then you get Rs 1,200 daily. If that also stops coming, how will we manage? As it is, there are too many people and too less work and it is not easy to get work. Due to the current situation, even pre-shoot meetings and auditions are getting postponed. If shoots do not start, we won't get work."

As per the notification, shooting is expected to stop from March 19. Owing to panic, half of Goregaon's Film City had already stopped shooting by Tuesday, March 17. Most people declared they were in no mood to take risks. Celebrities as well as junior artistes are routinely absent from pre-scheduled shoots.

Casting coordinator Prince Sheikh revealed: "I am casting for a mythological show right now but I am not getting good response from actors owing to this coronavirus scare. If earlier, a hundred people responded to an ad posted by me, now hardly 10 are turning up."

Big stars have already started cancelling shoots. Reveals a source: "A couple of days ago, shoot for an advertisement was scheduled with an A-lister actress in Film City. She did not turn up owing to the coronavirus scare, and the entire shoot was cancelled. A celebrity can afford not to turn up, but if a technician, a spotboy, a lightman, a cameraman and a junior artiste does not turn up, they stand to lose their job. Junior artists get paid as less as Rs 300-400 and other workers get Rs 600-700 for working upto 16 hours."

While shooting scheduled to be stopped for 13 days at a stretch, the lockdown could be extended depending upon circumstances. How will these people manage? Not coronavirus but the question of running their households is right now the bigger concern for these people Bollywood's lower-rung professionals.