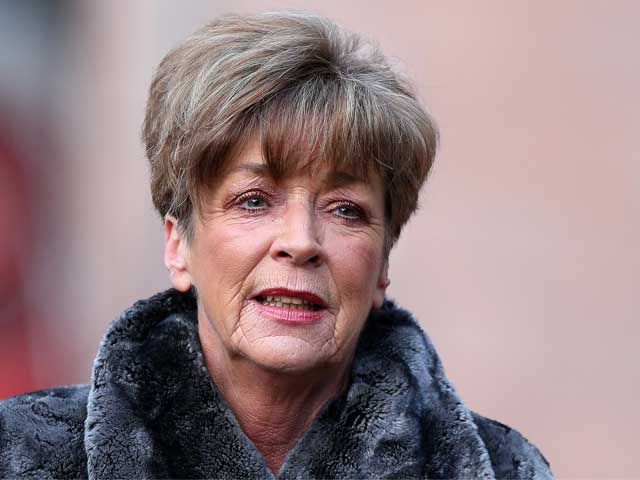 Actress Anne Kirkbride, a star of British soap opera Coronation Street for more than 40 years, has died at the age of 60.

Set in the fictional working-class community of Weatherfield, Coronation Street has been chronicling its characters' lives since 1960, with an enduringly popular mix of social realism, melodrama and humor. Ms Kirkbride's character - renowned for her oversized spectacles and romantic travails - was at the heart of some of the soap's most dramatic story lines for decades.

The show is so popular that when Deirdre was wrongly imprisoned for fraud in 1998, newspapers campaigned for her release and Prime Minister Tony Blair was among those who proclaimed her innocence.

Coronation Street executive producer Kieran Roberts said the program makers "know only too acutely how much Anne meant to the millions of people who watched her create the legendary character of Deirdre Barlow."

William Roache, who played her onscreen husband Ken Barlow - the characters married, divorced then remarried years later - said the show had lost "one of its iconic characters."

Promoted
Listen to the latest songs, only on JioSaavn.com
He said Ms Kirkbride "was an impeccable performer with superb comedy timing and an immense gift for really heightened drama. We had some rows over the years as Ken and Deirdre and it was wonderful to play those scenes opposite her."

Ms Kirkbride is survived by her husband, David Beckett.