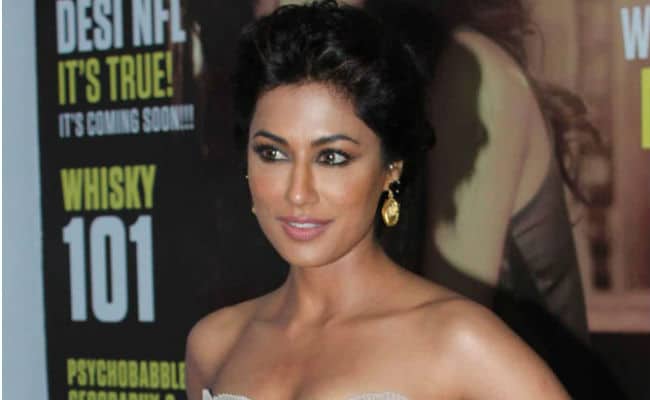 Chitrangada Singh will be next seen in Saheb, Biwi Aur Gangster 3

Chitrangada Singh, who is gearing up for the release of Tigmanshu Dhulia-directed Saheb, Biwi Aur Gangster 3, said she had rejected films in the past in which she was just asked to play a "sensual women," news agency IANS reported. "I did get offers of many roles where I am to play a hot, sensual woman, and when I asked them, 'Do I have anything else to do, except for looking good?' If their answer is 'No', then I say 'no' too," IANS quoted Chitrangada Singh as saying. When the 41-year-old actress was asked whether looks play an important role in the entertainment industry, this is what she said: "Yes, it does, because cinema is a visual medium. If I am born with a certain beauty, it will make people watch me on-screen, there is no doubt about it."

Chitrangada Singh, who turned producer with sports biopic Soorma, said that she wants to produce more films in the future. "I have written two scripts. I may produce it and may find a director to direct it. I have produced one film. In the future, I will be doing more of that. So, I am trying to push the limit to grow as a creative person, in front and behind the camera," Chitrangada added.

In Chitrangada's previous IANS interview, this is what the actress said about Soorma: "It is really close to my heart. We have made this film with a lot of effort and heart. We took around two and a half years to release the film, and so I hope the audience will appreciate it once it is released. When I was listening to the story of the film, that time I felt that I have never come across a dramatic real life story of a person. Sandeep Singh's (played by Diljit Dosanjh) journey has been incredible."

Directed by Shaad Ali, Soorma also features Taapsee Pannu, Angad Bedi and Satish Kaushaik in pivotal roles. The film is based on former captain of the Indian hockey team, Sandeep Singh's life, who returned to the game after being paralysed waist-down.

Chitrangada's upcoming film Saheb, Biwi Aur Gangster 3 is an action thriller, which also stars Sanjay Dutt, Jimmy Sheirgill and Mahie Gill. The actress, who is working with director Tigmanshu Dhulia for the first time said it was "fascinating" to work with him. "I used to look forward to going for the shooting of the film and I think that happens when we love doing what we are doing. It was fascinating to work with Tigmanshu Dhulia because he is not only a good director but also a good actor. So whenever he is explaining something, his briefing is not only as a director but also as an actor."