"What action will be taken against Mr Vairamuthu since anyway 'everyone knows'?" read one of Chinmayi Sripaada's tweets 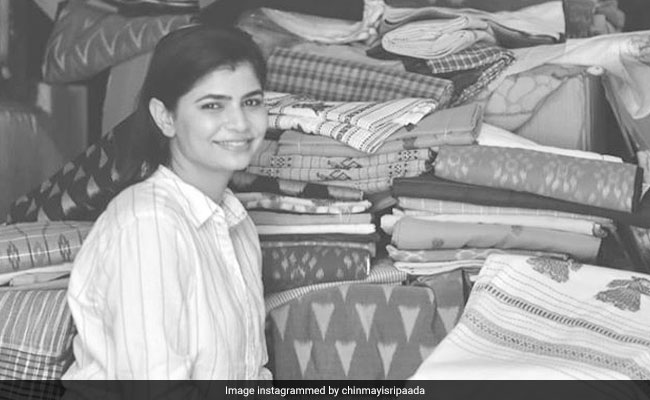 Singer Chinmayi Sripaada, who accused Tamil poet-lyricist of harassing her several years ago in her own #MeToo account, has countered reports and reactions questioning the timing and authenticity of her claims with strictly worded tweets. Ms Sripaada, who had previously shared several anonymous accounts of other women implicating Vairamuthu in their #MeToo stories, also referred to AR Rahman's sister AR Raihanah's interview to The News Minute, in which opened up about having 'heard stories' of the acclaimed lyricist's alleged sexual misconduct. Highlighting AR Raihanah's words of Vairamuthu's reputation as an alleged predator as an "open secret," Ms Sripaada enquired: "What action will be taken against Mr Vairamuthu since anyway 'everyone knows'? What will be done on to condemn the behaviour of several others who have been named?"

Forget when I should have spoken.
I have raised my voice now.
What action will be taken against Mr Vairamuthu since anyway 'everyone knows'?
What will be done on to condemn the behaviour of several others who have been named?

In a separate tweet, she added: "Not a word has been said to condemn such behaviour but how copious is the advice and the questions on 'Oh you will accuse and 'poor, respected' men should run?' Well, we are asking, we are speaking. Now. Dear society - Stop shielding predators."

Not a word has been said to condemn such behaviour but how copious is the advice and the questions on 'OH you will accuse and 'poor, respected' men should run?'
Well, we are asking, we are speaking. Now.
Dear society - Stop shielding predators.

In more tweets, Ms Sripaada wrote: "Society has enabled predators with our silence," adding even as India is in the midst of its very own #MeToo movement, survivors are withdrawing from sharing their accounts for the fear of being shamed... The irony that in 2018 women needed a #MeToo to speak up and still get shamed for it. For 1 of me there are a 1000 others that haven't spoken up. I know the number of truly anonymous complaints I have not shared from people," she wrote. Read all of Chinmayi Sripaada's tweets here.

Earlier this month, after sharing #MeToo stories of anonymous survivors on Twitter, Chinmayi Sripaada alleged Vairamuthu demanded she visited him at his hotel room during an event in Switzerland, where she was also accompanied by her mother. She alleged, after refusing to "cooperate" with Vairamuthu on the organisers' insistence, Ms Sripaada and her mother went sent back to India with these threatening words: "You won't have a career." Continuing her harrowing experience, Ms Sripaada alleged that unpleasant encounters with Vairamuthu continued when just a few years ago she refused to perform with Vairamuthu following which he allegedly threated to malign her reputation. After Ms Sripaada's allegations against the poet-lyricist, several other women anonymously named and shamed Vairamuthu in their #MeToo accounts. Ms Sripaada also dismissed Vairamuthu's defence against the #MeToo claims, calling him a 'liar.'

Meanwhile, in a recent interview to The News Minute, AR Raihanah said he has always "behaved with dignity" with her but industry insiders knew about his predatory behaviour. "Several women have told me about Vairamuthu. It is an open secret and a lot of people have faced it." She also added: "I have not faced it personally. He has behaved with great dignity to me in the few meetings that we have had. How can I blame him? What right do I have? Whoever has experienced harassment must report it."

Hours after AR Raihanah's interview, her brother Ar Rahman posted his statement on #MeToo movement saying some of the names of the survivors and their alleged predators have "shocked" him. Among other projects, Vairamuthu and AR Rahman collaborated on Mani Ratnam's Roja, for which they both won National Awards in their respective categories.

The #MeToo movement took over the Indian film industry after actress Tanushree Dutta revived a decade old controversy with her sexual harassment allegations against Nana Patekar. In #MeToo accounts of several female artistes, prominent industry names such as Alok Nath, Subhash Ghai and Vikas Bahl among others have also been implicated as alleged sexual harassers.