"Sridevi will always remain an integral part of our industry," said Bappi Lahiri 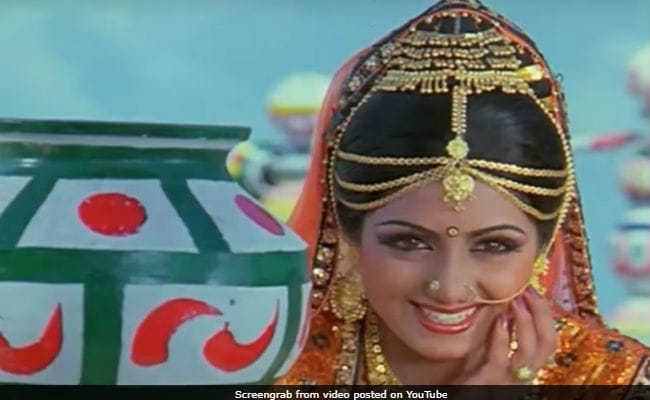 New Delhi: Bappi Lahiri, whose iconic song Nainon Mein Sapna, marked Sridevi's scintillating arrival in Bollywood told news agency IANS that the actress will always remain a 'superstar.' "I still can't believe she is no more with us, my heart sinks thinking about it. She will always remain an integral part of our industry. She will always remain our superstar," he told IANS. The legendary music composer even dedicated the song Kabhi Alvida Naa Kehna, to her memory. Bappi Lahiri has given several memorable compositions in Sridevi's films including Tohfa, Himmatwala, Mawaali, Pathar Ke Insaan and Guru.

Sridevi died on February 24, in Dubai. She was there with daughter Khushi and husband Boney Kapoor to attend the week-long wedding celebrations of nephew Mohit Marwah. Sridevi's post-mortem report declared 'accidental drowning' as the cause of her death. Sridevi was flown back to Mumbai last night after the medical and legal formalities were completed.

On Wednesday morning, Sridevi's family pre-arranged a condolence meet at the Celebration Sports Club in Lokhandwala, several of Sridevi's colleagues and members of the film fraternity had been arriving to offer their final farewell to the actress. Aishwarya Rai Bachchan, Jaya Bachchan, Shetwa Nanda, Sushmita Sen, Kajol and Ajay Devgn, Madhuri Dixit and Sriram Nene, were pictured at Sridevi's condolence meet. Sridevi was cremated with full state honours.

Promoted
Listen to the latest songs, only on JioSaavn.com
From the time the news of Sridevi's death was confirmed by her brother-in-law Sanjay Kapoor, her colleagues had been pouring in at Anil Kapoor's residence to offer their support to her grieving family. Former co-stars Rajinikanth, Kamal Haasan, Venkatesh, Jaya Prada, Shah Rukh Khan, Salman Khan, Akshay Kumar and Anupam Kher visited Anil Kapoor's home over the last few days to pay their respects.