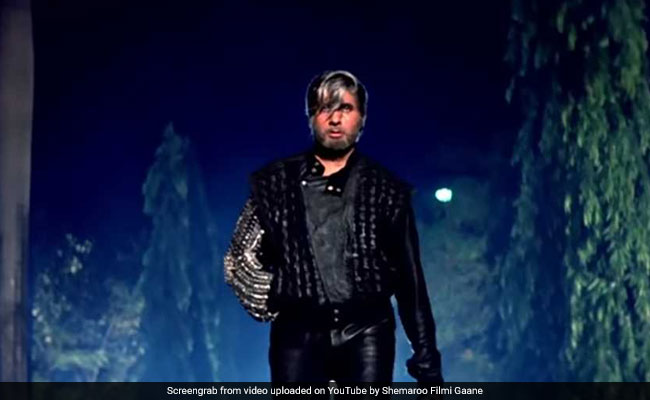 Afghan filmmaker Shahrbanoo Sadat's Directors' Fortnight title Parwareshgah (The Orphanage), awash with Bachchan mania, brought the strains of retro Hindi film songs to the French Riviera even as India had a quiet year at the 72nd Cannes Film Festival. The Orphanage, set during the final years of Soviet occupation and the advent of the Mujahideen, weaves these musical numbers into a simple, unadorned narrative about a teenage Afghan boy who sells movie tickets on the black market and seeks escape from his troubles in Bollywood-inspired fantasies. His room in a Soviet-run orphanage is plastered with pinups of Amitabh Bachchan.

The young protagonist of the film, the second part of a planned pentalogy based on the unpublished diaries of the 29-year-old director's friend Anwar Hashimi, projects himself into movie scenes featuring the Hindi cinema megastar in a bid to make his life a little less ordinary.

"It wasn't Anwar alone who loved Bollywood to distraction," says the Kabul-based filmmaker whose first film, Wolf and Sheep, also made the Directors' Fortnight cut. "All of Afghanistan is in thrall of Bollywood. They regularly watch Indian movies and that is why most Afghans can speak Urdu."

She adds: "The people of Afghanistan know Bollywood songs from the 1960s to the 1990s by heart. When you walk around in Kabul or eat in a restaurant or ride a taxi, it is impossible not to hear Bollywood songs."

"The 1980s," says Shahrbanoo, "were the golden era for Indian films in Afghanistan because we had movie theatres and there was peace at least in Kabul." The country has seen much turmoil over the past few decades, but its people's love for Bollywood continues unabated.

Today, Shahrbanoo points out, many Z-grade films are churned out in the country aping Bollywood conventions. "So, this idea was never far away from me. Moreover, the fact that the protagonist of the film sold movie tickets on the black market made the idea fit into The Orphanage perfectly."

In 2017, in Directors' Fortnight, Nothingwood, a film by French documentarian Sonia Kronlund, depicted the frenzied output of Salim Shaheen, an actor-director who has kept the Afghan industry alive through three decades of conflict and destruction. Shaheen, an inveterate Dharmendra fan, has modelled his screen persona on his favourite Bollywood star.

"Afghans are not very expressive people. Bollywood films give them a big dose of drama and emotions. I love this contrast. May be that is why the love for Bollywood remains the same to this day," says Shahrbanoo.

Five songs figure on the soundtrack of The Orphanage, an Afghan-Danish-German co-production filmed in Tajiskistan: Jawani Jaaneman Haseen Dilruba from Namak Halal, Jaane Kaise Kab Kahaan Iqraar Ho Gaya from Shakti, Andheri Raahon Mein Sunsaan Raaton Mein from Shahenshah, Rote Huye Aate Hai Sab from Muqaddar Ka Sikandar and Yeh Dosti Hum Nahi Todenge from Sholay. Apart from the fact that these songs have the Big B in common, they are also from a five-year span between the late 1970s and early 1980s.

Did she ever toy with plans to shoot at least parts of the film in Mumbai? "No," Shahrbanoo replies. "We received funding from Germany and Denmark, so we had to shoot some scenes in those two countries. I thought to myself that Bollywood shoots many of its songs in Europe, so it would make sense for me to do the same."

But she reveals that she was keen to have Amitabh Bachchan participate in the film in person. "It wasn't possible, however, to get him on board; he was booked for three years," Shahrbanoo recalls. Anwar (whose story the film tells) had worked as an extra in the 1992 Bachchan starrer Khuda Gawah, and the writer-director wanted to put that bit of his life in the film but had to eventually jettison the idea.

The upheavals that Afghanistan witnessed during the period are an integral part of the film, but the events are seen solely through the youthful eyes of the protagonist. She says: "I think it is very important to know the past to understand the present. The Afghan mess began in Anwar's time and continues until the present. It is interesting, and essential, for me as a filmmaker to probe my nation's story of the past 30 to 40 years, the most chaotic phase of Afghanistan's history."

Shahrbanoo's own life has been nothing if not interesting. Born in Tehran to Afghan refugee parents, she relocated with her family to a remote village in the mountains of her home country when she was 11. She was severely near-sighted and got glasses only when she shifted to Kabul. "The first time I saw a movie in a cinema hall was at the age of 20, when I was in the 2010 Cannes Cinefondation Residence," she says.

She was the youngest filmmaker ever to make it to the Cinefondation Residence and it was form here that her debut film, Wolf and Sheep, emerged.