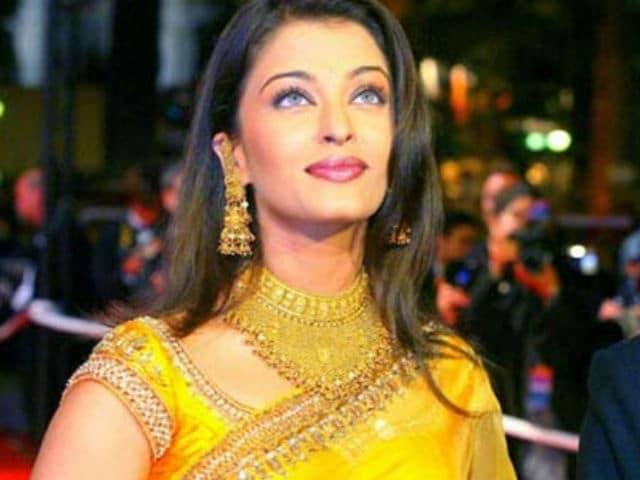 Aishwarya Rai photographed at the Cannes Film Festival in 2002.

New Delhi: Aishwarya Rai Bachchan's tryst with the Cannes Film Festival began with Devdas and she will be completing 15 years at the prestigious film fest this year.

Aishwarya said that she still cherishes her first outing at the gala, adding that no one "in the world can take that away" from her.

The Sanjay Leela Bhansali-directed film was a cinematic marvel with revelry of dance, music and a tragic love story splashed with myriad emotions.

When Aishwarya was asked how the perspective has changed about Indian cinema at the foreign film festivals with time, she said: "I don't know how much I can underline that or validate that but I would definitely say that my first experience was truly memorable and exceedingly special."

"It wasn't for an individual but for the entire team of Devdas. It meant a lot to us because it was quite unexpected. We were showcasing our film and getting that kind of reception that we did was truly overwhelming," Aishwarya told IANS.

"The first visit was so memorable. Imagine having a first experience like that. It is something and I don't think anyone in the world can take that away from us and that is something that will always make us feel thankful for having that experience for us to cherish and recount forever," said Aishwarya.

The Cannes Film Festival is scheduled to be held from May 11-21. Aishwarya will walk the red carpet on May 13 and 14.

"It was a night screening. We always heard about how the duration of our cinema can sometimes be a bit overwhelming for the audience beyond the shores and Devdas by that measure is a long film," said Aishwarya.

"They made the reception so wonderful by actually creating this little ride up in a horse carriage. The three (Aishwarya, Shah Rukh and Sanjay Leela Bhansali) of us went up and we truly felt like we were representing us. It just felt glorious from the first step on the red carpet," added Aishwarya.

Aishwarya became a jury member at the film gala in 2003. She then took her talent overseas by working in Hollywood starting with Bride & Prejudice in 2004.

Aishwarya, who will soon be seen in Sarbjit, said that the response was overwhelming.

"If I remember correctly, we got a 10-minute applause continuously after that. It meant the world to us. It was by far the most touching and overwhelming experience for us because like I said, it was quite unexpected and immensely pleasurable," said Aishwarya.