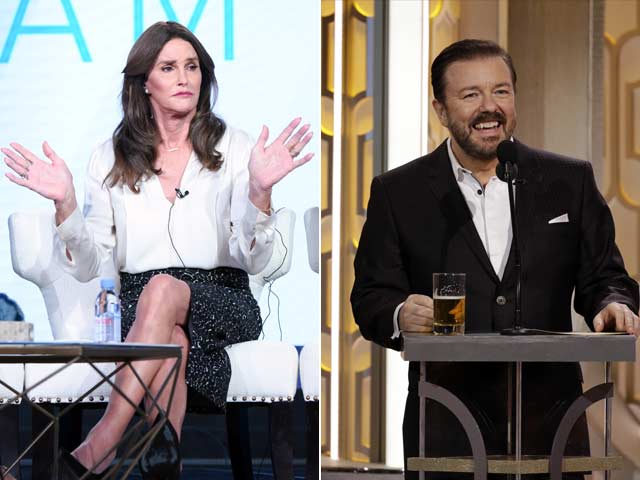 The transgender TV personality and Olympian was the subject of some of Ricky's cruelest barbs at the Globes last Sunday. She has responded and Entertainment Weekly quotes her as saying, "I think what I'm gonna do is call the Golden Globes and see if they need a new host for next year."

That oughta hurt but the below tweet being Ricky Gervais' comic philosophy, it'll likely leave him undiminished:

Sacred cows should be milked for laughs.

Caitlyn Jenner, who used to be Bruce Jenner till last year, was mercilessly lampooned by the British comic as he hosted the Globes for the fourth time. Early into the show, he quipped, "I've changed. Not as much as Bruce Jenner, obviously. Now Caitlyn Jenner, of course. What a year she's had."

He also made fun of a car crash Ms Jenner, 66, was involved in that left the other driver dead. 'She didn't do a lot for women drivers. But you can't have everything, can you? Not at the same time," joked Ricky, 54.

After the Globes, Ricky Gervais responded to criticism about his jibes with this tweet:

Caitlyn Jenner, meanwhile, is about to begin the second season of her reality show I Am Cait.