Bruna Abdullah Gets Engaged To Boyfriend AI In Switzerland 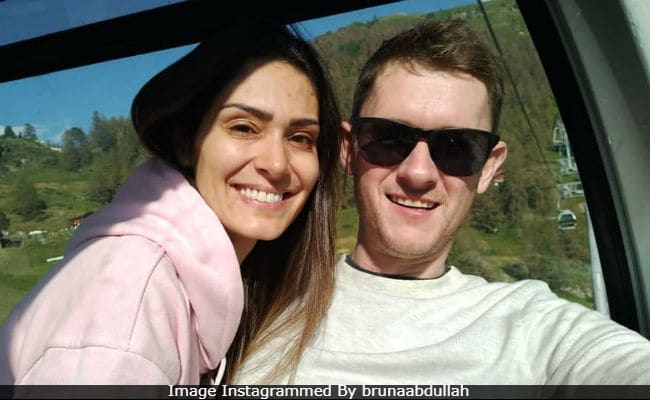 Bruna Abdullah, best-known for films such as Desi Boyz and I Hate Luv Storys, got engaged to her boyfriend Al in Switzerland. She announced the news on Instagram with a video of AI proposing to Bruna with a ring. Bruna and Al have reportedly been dating for more than two years now. "... and this happened," she captioned the video, adding hashtags a heart emoticon. 'The Best Day Of My Life,' 'Forever Mine' and 'You And I' are some of the hashtags used by Bruna for the video. AI proposed to her on the Matterhorn Mountain in Europe (as mentioned by Bruna) and it appears to be straight out of a fairy tale.

"I'm marrying the man of my dreams. He treats me like a princess and I feel like the luckiest girl in the world! Thank you so much from both of us. The surprise was so beautiful I had to share," she told Indian Express.

Before posting the proposal video, Bruna had shared this picture with AI and captioned it as, "The best day."

Here are some more pictures from their trip.

Bruna Abdullah, 34, is a Brazilian actress. She debuted in Bollywood with 2007 film Cash. She played Giselle in I Hate Luv Storys, starring Sonam Kapoor and Imran Khan. Later, she appeared in the famous song Subah Hone Na De in Akshay Kumar and John Abraham's Desi Boyz. Grand Masti, Jai Ho, Mastizaade are some of her other films. She has also appeared on reality shows like Khatron Ke Khiladi and Nach Baliye 6.