"I stated that I believe he can be very good in that function. As no matter what he does, he does it beautifully," said Boman Irani 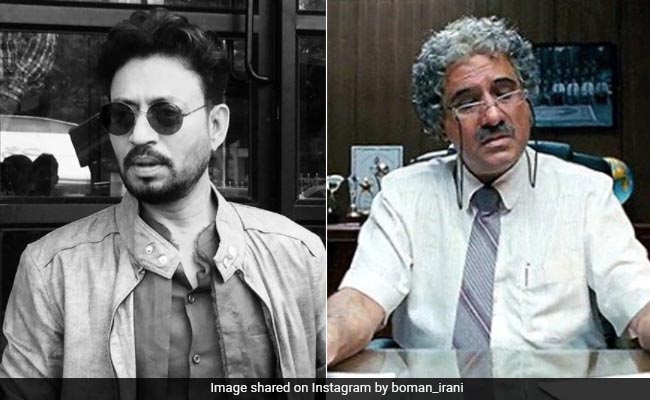 Actor Boman Irani, who is known for his performance in the 2009 film 3 Idiots, revealed in an interview with Bollywood Hungama that he initially recommended Irrfan Khan for the role of strict college dean Viru Sahastrabuddhe aka Virus in the film. Talking about Irrfan, who died after battling cancer in Mumbai last month, Boman Irani said that he told director Rajkumar Hirani to cast his Yun Hota Toh Kya Hota co-star instead of him in the role because he believed that Irrfan played all his roles "beautifully." He told the publication: "There was a lot of love and respect for a co-actor, a colleague, I stated take Irrfan Khan for 3 Idiots. I stated I believe he can be very good in that function. As no matter what he does, he does it beautifully. However, Raju (Rajkumar Hirani) stated that he's too young after which I requested that am I too previous after which we laughed on it and went on to work on the character to make it somewhat totally different."

Coming back to 3 Idiots, Boman Irani also said in the same interview that he initially turned down the role of Virus because he found it similar to his role in the 2003 film Munna Bhai MBBS, also directed by Rajkumar Hirani. Boman played the role of a medical college professor and senior doctor J C Asthana in the film, which starred Sanjay Dutt in the titular role. Drawing similarities between his characters in Munna Bhai MBBS and 3 Idiots, the actor said: "My function in 3 Idiots was similar to the function in Munna Bhai MBBS. When you put a magnifying glass, they're very comparable characters. They have been so similar- each has been a dean, each their daughters fell in love with a hero whom he noticed as an ache in his eye."

"And I advised Raju that it's the identical function after which Raju stated no. And I stated I will not do it. I had refused the function of 3 Idiots," he added.