Pratidwandi, made in 1970, has resurfaced at the 75th Cannes Film Festival in the form of a restored print 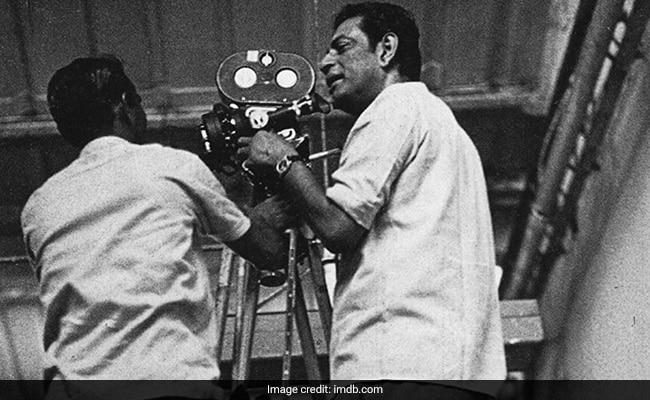 A throwback from the sets of Pratidwandi. (courtesy: imdb)

Satyajit Ray's Pratidwandi (The Adversary), made in 1970 with Dhritiman Chatterjee in the lead role of a disillusioned job-seeker in a rapidly changing city, has resurfaced at the 75th Cannes Film Festival in the form of a restored print. The film played to a packed Salle Bunuel as part Cannes Classics. Neither the producer of the film Purnima Dutta nor the man who supervised the restoration project, Mumbai-based cinematographer Sudeep Chatterjee, were at hand to enlighten the audience about the restoration project.

On a telephone call from Mumbai, Chatterjee says: "It was a very, very exciting job for me. I was extremely honoured to be part of the restoration project." The restoration of Pratidwandi and many other early Ray films has been undertaken under the aegis of the National Film Heritage Mission of the Information and Broadcasting Ministry.

Chatterjee reveals: "In all it was a two-month process, but for me it involved 12 to 15 days of full-time work." "Pratidwandi is such an unusual Ray film, very angsty and provocative. It also offers such a fantastic representation of the Kolkata of 50 years ago," he adds.

That is exactly the thought that Cannes Classics programmer Gerald Duchaussoy expressed a day earlier in an informal chat with this correspondent.

Talking about the state that Pratidwandi was in when it came to him, Chatterjee points out that producer Purnima Dutta had repeatedly turned down the American Academy of Motion Picture Arts and Sciences' request to hand over the film to them for restoration.

It was after much persuasion from the then National Film Archive of India (NFAI) director Prakash Magdum that she agreed to provide the film for the restoration project.

"We could use only about 70 per cent of the original negative of Pratidwandi. The remaining 30 per cent came from dupes made from four or five different positives," says Chatterjee.

Given the condition of the negative, the turnaround has been nothing short of miraculous. But Chatterjee admits that "it is not very consistent in terms of contrast." The restoration has, however, achieved its avowed purpose: it has revived a Ray film that deserves a new lease of life.