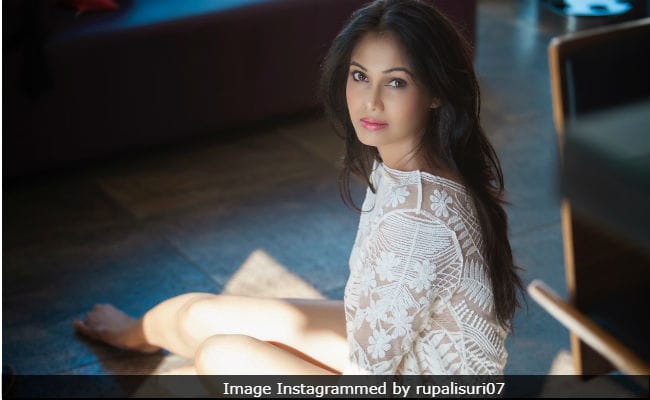 Election season is coming up in Andhra Pradesh and on a parallel track, films based on the main persona who dominate political screen space are in the pipeline. There are two films on NTR, one of the film will showcase the earlier facets of his life such as his career, while the second one will focus on the latter part of his life including his entry into politics. There is also a film being made on the padyatra of Y S Rajasekhar Reddy, that is seen to have catapulted him to the chief minister's chair in 2004.

Filmmaker Ram Gopal Verma is all set to make a movie Lakshmi's NTR is based on the story of Telugu film doyen turned politician Nandamuri Taraka Rama Rao, (popularly known as NTR), who served three terms as Andhra Pradesh's Chief Minister and his wife Lakshmi Parvathi, writer and founder of NTR TDP ( Telugu Desam Party). In Ram Gopal Verma's film, Bollywood actress Rupali Suri will be seen playing the role of NTR's wife Lakshmi Parvathi. The actress said, "Yes, I am a part of the film. Everyone will get to know about it very soon. All I can say right now is that I am super excited to be a part of this film as it is a big project and an amazing story."

Rupali reportedly spent some time with Lakshmi Parvathi so that the actress could understand her story and body language. The movie is being produced by Satish Reddy. Rupali Suri is best-known for her performance in the 2004 film Wife Hai Toh Life Hai. Rupali also starred in the second season of Inside Edge.

NTR founded the Telugu Desam Party (TDP) in 1982 and he served as the Chief Minister of Andhra Pradesh for seven years (between 1983 and 1995). NTR featured in over 250 films and he had won three National Awards as an actor as well as a producer for Thodu Dongalu, Seetharama Kalyanam and Varakatnam.