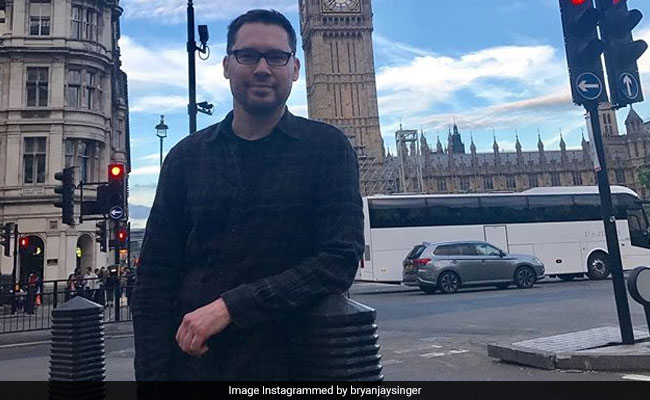 Bryan Singer has forcefully denied allegations of sexual assault detailed in an article published on Wednesday by the Atlantic. The article, written by two Esquire reporters, includes the accounts of four new accusers and follow several others that have surrounded Bryan Singer - known for directing multiple X-Men movies and, most recently, Bohemian Rhapsody - for the past 20 years.

In a statement provided to The Washington Post, Bryan Singer accuses the writers of homophobia and claims that Esquire chose not to publish the article after "careful fact-checking" and due to "the lack of credible sources." He made similar assertions in an Instagram post from October.

"Again, I am forced to reiterate that this story rehashes claims from bogus lawsuits filed by a disreputable cast of individuals willing to lie for money or attention," Bryan Singer's statement reads. "And it is no surprise that, with Bohemian Rhapsody being an award-winning hit, this homophobic smear piece has been conveniently timed to take advantage of its success."

Although the article appeared in The Atlantic, it was written by a pair of Esquire reporters, Alex French and Maximillian Potter, who, in a roughly 9,000-word story, cover a spectrum of misconduct. "Some of the alleged victims say they were seduced by the director while underage; others say they were raped," they wrote. "The victims we interviewed told us these experiences left them psychologically damaged, with substance-abuse problems, depression, and PTSD.

"The portrait of Bryan Singer that emerges is of a troubled man who surrounded himself with vulnerable teenage boys, many of them estranged from their families. Their accounts suggest that Bryan Singer didn't act alone; he was aided by friends and associates who brought him young men. And he was abetted, in a less direct way, by an industry in which a record of producing hits confers immense power."

In a statement tweeted Wednesday afternoon, Alex French and Maximillian Potter explained that their investigation ran in the Atlantic because Hearst, which owns Esquire, killed the story even after it went through the full editorial process (which includes fact-checking and a Hearst attorney's approval). The article "has gone through The Atlantic's thoughtful editorial process, which included another rigorous fact-check and robust legal vetting," they stated. Esquire has not returned The Washington Post's request for comment.

The Atlantic ran the article a day after the Queen biopic Bohemian Rhapsody received an Oscar nomination for best picture. Twentieth Century Fox fired Singer from the project due to his unreliable behavior in December 2017, a few weeks before production on the film completed, and Dexter Fletcher took over. Bryan Singer, who was sued that same month for the alleged sexual assault of a 17-year-old, still received the directing credit.

Bohemian Rhapsody spent several torturous years in development after news of its existence spread in 2010. Three unnamed sources told Alex French and Maximillian Potter that Fox executives' concerns about Singer being attached to the project stemmed from " Bryan Singer's reputation for disappearing from sets," not from past sexual abuse allegations. (In addition to the stories that had circulated for years, two men filed separate lawsuits against Singer in 2014.)

After receiving a best actor nomination Tuesday for his portrayal of Freddie Mercury, Rami Malek told the Los Angeles Times that he had been unaware of claims against Singer when he signed onto the project.

"I had my head down preparing for this for about a year ahead of time, and I never really looked up," he said. "I didn't know much about Bryan. I think that the allegations and things were, believe it or not, honestly something I was not aware of, and that is what it is. Who knows what happens with that . . . but I think somehow we found a way to persevere through everything that was thrown our way."

Millennium Films hired Bryan Singer last fall to direct a remake of the film Red Sonja, the protagonist of which is, as the Atlantic article notes, a sexual assault survivor. Singer could reportedly earn $10 million for the project.

(This story has not been edited by NDTV staff and is auto-generated from a syndicated feed.)
Comments
Bryan Singerbohemian rhapsody director sexual misconduct