A Glimpse Of Neetu Kapoor And Rishi Kapoor's Wink Game, Shared By The Actress

The video was uploaded on a Neetu Kapoor fan page from where the actress shared it on her Instagram Stories. 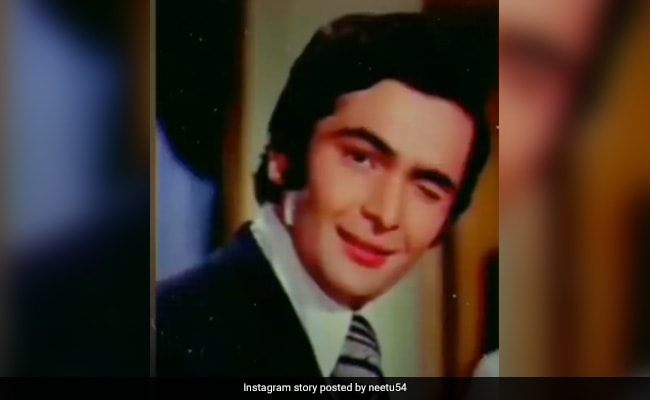 What would you do if your dream girl winked in your direction? The late Rishi Kapoor would've chosen to give it back unabashedly with a handsome smile. Or, so it seems in a new video that Neetu Kapoor shared on her Instagram Stories. The video is a packed montage of closeups from Neetu Kapoor and Rishi Kapoor's old films and we are amazed to see them flirtatiously eyeing each other and winking throughout the video. Where's the catch? We hear an audio track of gunshots perfectly syncing with their surreptitious winks. It's definitely reminding us of the lines “Akhiyon Se Goli Mare", from the Govinda-Raveena Tandon number.

The video was first uploaded as Reels on one of the actress's fan pages. Neetu Kapoor surely couldn't help sharing it, considering the energy and playfulness it depicted in the Neetu Kapoor-Rishi Kapoor relationship. Sometimes, the young Rishi Kapoor gives a teasing look by raising his eyebrows or he gives a sultry wink. Neetu Kapoor doesn't back off; she tosses her head or blinks coyly or gives a wink too. It's a riot of glances all over us and the video enlivens their power-packed relationship in our hearts. 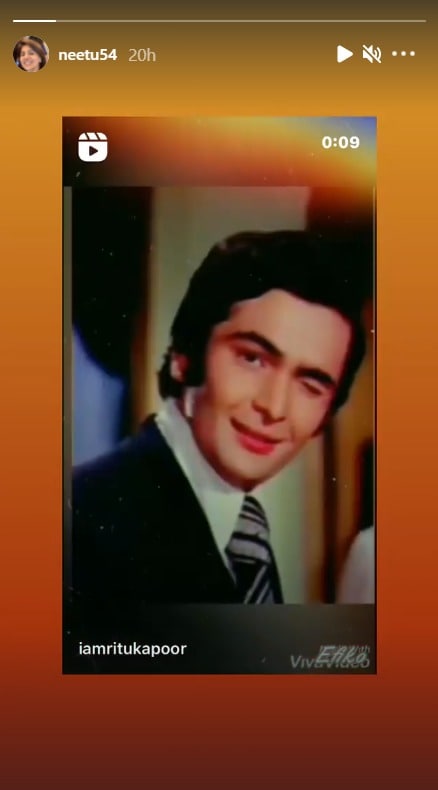 Neetu Kapoor and Rishi Kapoor's romance tales were splashing all over Bollywood in the '70s when they first met on the sets of Zehreela Insaan (1974). Six years later, after working in several films like Amar Akbar Anthony, Khel Khel Mein, Duniya and Zinda Dil among others, they got married. Though Neetu Kapoor decided to take a sabbatical from acting after their marriage, the couple was later seen in movies like Love Aaj Kal, Jab Tak Hai Jaan and Besharam.

It's been a year since we lost Rishi Kapoor and it hasn't been a very breezy year for Neetu Kapoor. This April, Neetu Kapoor marked his first death anniversary by sharing a throwback photo of their younger days. She let her heart out by writing that Rishi Kapoor was an "extension" of their lives and the family celebrated him by keeping him in their hearts. She wrote, "We have accepted that life will never be the same without him. But life will go on."

However, Neetu Kapoor hasn't put on a glum face on social media. She often shares snippets of movies where she acted alongside Rishi Kapoor. In April, on the occasion of the Baisakhi celebrations, she shared a clip from the song Tere Naam Tere Naam from the 1978 film Pati Patni Aur Woh.