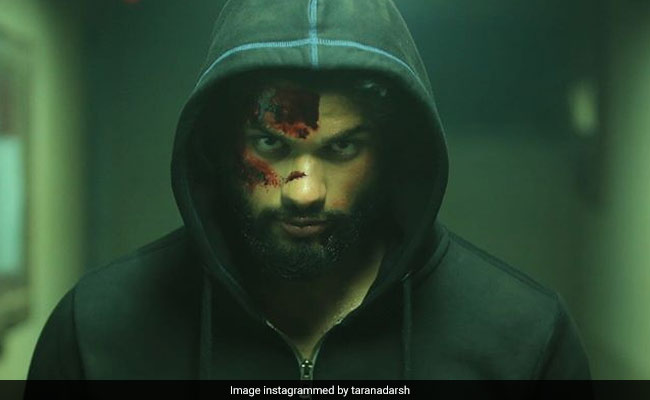 Karan Kapadia stepped into Bollywood with crime thriller Blank, in which he co-stars with Sunny Deol. The film struggled to make almost a crore on its opening day but with adding the weekend collections and the ticket sales figures of Monday, Blank currently stands at a total of Rs 4.34 crore. Trade analyst Taran Adarsh shared the details of the film's progress report at the box office in a tweet and wrote: "Blank doesn't decline much on Mon [vis-a-vis Fri], but the Fri number itself was extremely low... Fri 97 lakhs, Sat 1.17 cr, Sun 1.58 cr, Mon 62 lakhs. Total: Rs 4.34 cr. India biz."

Blank's numbers at the box office could be a result of how Avengers: Endgame is still roaring in theatres across India. While Blank has generated a lot of curiosity about Karan Kapadia's debut, it also features Sunny Deol as the only star. Karan Kapadia comes from a filmy lineage - he is the son of late actress Simple Kapadia, also a National Award-winning costume designer. Karan Kapadia is the nephew of Dimple Kapadia and the cousin of Twinkle Khanna.

Blank also features a special song by Twinkle's husband Akshay Kumar. About Sunny Deol and Akshay Kumar's contribution in the film, Karan Kapadia once told news agency PTI: "When I signed the film in 2016, Sunny sir was not a part of it at that time. It was a small film then. Now it has become a big film due to Sunny sir and Akshay sir. It is incredible. I had never imagined it this way."

Blank's storyline tracks a suicide bomber who has a memory loss following an accident. The film is directed by Behzad Khambata, who also made his debut as a director.