"I still get shocked (in a good way) and say 'I'm your mommy'," wrote Ekta Kapoor for her little munchkin 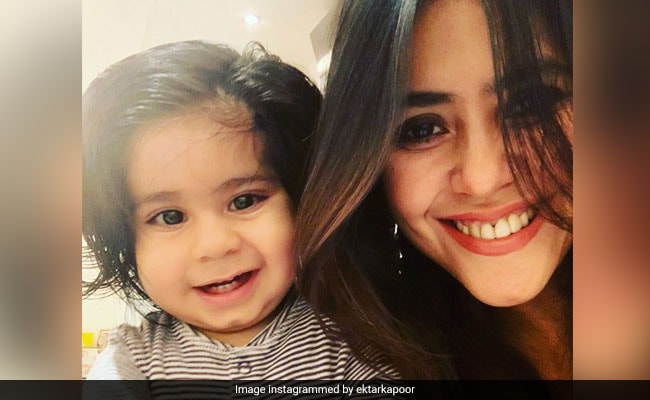 On her little son Ravie's 2nd birthday, producer Ekta Kapoor lit up Instagram with a million-dollar wish for him. Ekta Kapoor welcomed Ravie via surrogacy in January in 2019. The producer, on Wednesday, posted a beyond adorable picture of herself and her little munchkin and wrote: "Happiest birthday Ravioli! Nothing more to say but that you are my turning point landmark gift! I still get shocked (in a good way) and say 'I'm your mommy.' I love you." In the photo, Ekta and Ravie can be seen smiling for the camera. Reacting to her post, actress Mouni Roy, who is a close friend of Ekta and who has worked with the producer in the past, commented: "All my love to the lil munchkin. Happy happiest birthday." Check out Ekta Kapoor's birthday greeting for her son here:

Ekta Kapoor and her brother, actor Tusshar Kapoor, are single parents. Three years after the actor welcomed son Laksshya via surrogacy, Ravie joined the family as the newest member.

On Lohri earlier this year, Ekta Kapoor treated her fans to a super cute picture of Ravie playing on the beach. Her caption was equally adorable: "Happie lohri from us! Oooo yaaaaa #burrrahhhhhhhhh."